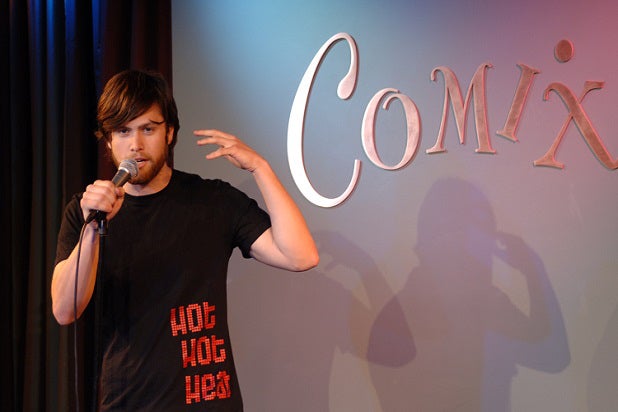 Jost will sit alongside Cecily Strong, who was brought to the desk when it became clear that long-time “Update” fixture Seth Meyers would be departing sometime this season to host “Late Night.”

Meyers leaves “SNL” following its Feb. 1 episode, which will be hosted by Melissa McCarthy. Jost’s first “Weekend Update” will be on Mar. 1.

Meyers says goodbye to NBC’s famed Studio 8H for his new studio, 8G, which is right down the hall. The comic takes over “Late Night” from Jimmy Fallon on Feb. 24, after Fallon exits for the “Tonight Show” seat vacated by Jay Leno.

The first guest on “Late Night With Seth Meyers” will be former “Weekend Update” co-anchor Amy Poehler, while Fallon opens his “Tonight Show” a week earlier with guests Will Smith and U2.

Jost, a Harvard-educated (where he was editor of the “Lampoon”) stand-up comedian, has been with “Saturday Night Live” since 2008. He’s been nominated for five Emmy Awards and won a Peadbody and three WGA Awards for his work on the show.