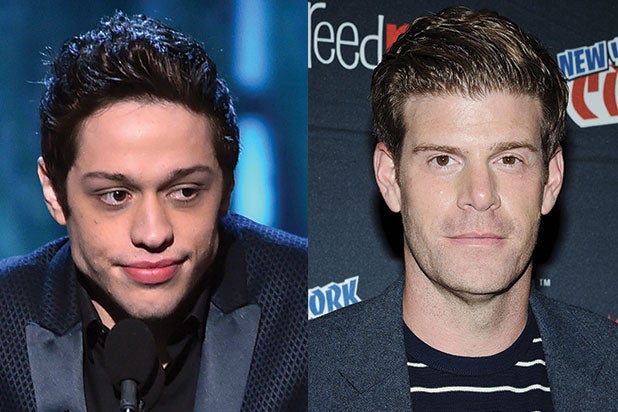 “Saturday Night Live” player Pete Davidson has defended Stephen Rannazzisi after “The League” star admitted on Wednesday to lying about being in one of the fallen World Trade Center towers on 9/11.

Although Davidson initially took shots at the fellow comedian, he changed his tune once Rannazzisi personally reached out to apologize for his lie.

It’s an especially touchy subject for Davidson, because his father was one of the firefighters who died in the Sept. 11 attacks.

All kidding aside this @SteveRannazzisi story sucks because he’s actually a funny comic and I love The League. It’s fucked up — Pete Davidson (@petedavidson) September 16, 2015

Take it easy on @SteveRannazzisi … He reached out to me and is truly sorry. We all sometimes lie and exaggerate a story to seem cooler … — Pete Davidson (@petedavidson) September 16, 2015

..Unfortunately this is a very touchy topic n very near n dear 2 peoples hearts.Its years later but he apologized n owned up 2 it like a man — Pete Davidson (@petedavidson) September 16, 2015

Rannazzisi clearly misunderstood Davidson’s message and tweeted back, “Thank you pete. I really appreciate it.

“I think you missed the point…” Davidson replied. Rannazzisi’s tweet has since been deleted.

According to Rannazzisi, he told people he was in one of the World Trade Center buildings during the 9/11 attacks in 2001. The truth, however, is that the comedian was working in a building in midtown when the Twin Towers were attacked.