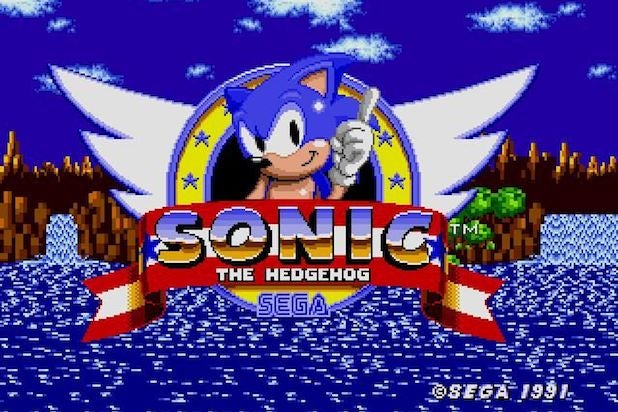 Look fast! We got a quick first glimpse at the poster for the new “Sonic the Hedgehog” movie. And video game fans are a bit puzzled at why their iconic blue, cartoon speed demon looks … kind of buff?

IGN premiered the first poster, a brief motion poster, for the live-action/animated hybrid arriving in 2019, and early reactions have pegged Sonic’s as weirdly muscular if not all too much like a human wearing Sonic’s massive head.

“Weird flex BUT OKAY,” one user said on IGN’s Instagram.” “Why does Sonic have knees and elbows,” another questioned.

Fowler, Moritz and Miller defended some of their character’s design choices speaking with IGN, including the decision to give Sonic fur.

“That was always Stage 1 of adapting it to what the real world is and what a real animal would be like,” Miller said. “It would be weird and it would feel like he was running around nude if he was some sort of otter-like thing. It was always, for us, fur, and we never considered anything different. It’s part of what integrates him into the real world and makes him a real creature.”

“He’s not going to feel like a Pixar character would because I don’t think that’s the right aesthetic to make it feel like part of our world,” Miller added about another decision to give Sonic two eyes, even though in the course of the game, his two dimensional character is typically only ever seen with one.

“Sonic the Hedgehog” opens on Nov. 8. See some of the other reactions below:

Why does Sonic look like a naked guy in sneakers? He's too muscular and his head is too big. I had low expectations for this movie but maybe that was too much hope to have pic.twitter.com/pOparY4OEY

As a sonic fan, I’m not really feeling this. WHY does it look like Sonic’s been trying so hard not to skip leg day ???? #SonicTheHedgehog pic.twitter.com/9qbmyetU3D

i had no epxectations for this film but holy hell, this sonic design is just weird. He is so muscular and it looks like a kid in a suit now instead of a cartoon character. Also you might not want your fans compare your design to ken penders' art… pic.twitter.com/RgYnZrFFIf

Ya know when I made my realistic Sonic it was supposed to be a joke @sonic_hedgehog you weren’t supposed to ever actually do that… pic.twitter.com/CJCBUtYHYP

is it just me or does sonic look too muscular pic.twitter.com/xCAmefHiyB

WHY ARE SONICS LEGS SO MUSCULAR

Because when I think Sonic™️ I think muscular arms and legs. https://t.co/PJzRoDNU3Y

I think it’s worth just taking a moment to appreciate that they gave Sonic muscular human legs pic.twitter.com/BHXdhEBHzx

The new Sonic the Hedgehog movie poster is straight up a normal guy with Sonic’s oversized head on him. pic.twitter.com/Gj46iU6SJ7

RUMOR: #SonicMovie is not really going to be about Sonic, but rather some man they found on the streets wearing the head of a Sonic fursuit. Sounds plausible to me. pic.twitter.com/iodZeLnivm

…why is everything but his head proportioned like a human wearing a Sonic costume (look at the arm and leg muscles and body shape!) when he's going to be animated? pic.twitter.com/dwP0abgxbU

i refuse to accept that these two events aren't connected somehow pic.twitter.com/uoirbnKNoA