Vulture, the villain in Jon Watts’ upcoming “Spider-Man: Homecoming,” will differ from other Marvel foes because he’s an everyman, according Watts and Michael Keaton, who plays him.

According to the publication, Vulture, who first made his appearance in 1963 and was the second villain the webbed superhero faced in the comic book, is getting a modern makeover — including a high-tech wing suit and a relatable day job.

In the film, Adrian Toomes (Keaton) runs a New York salvaging company that cleans up the messes left behind by other superheroes. One altercation involving a government organization founded by Tony Stark (Robert Downey Jr.), however, doesn’t sit right with Toomes.

Co-producer Eric Hauserman Carroll said Toomes “has a bone to pick” with the man who dons the Iron Man suit, and “sort of becomes the dark Tony Stark.” He starts to sell weaponry, made of alien artifacts and stolen tech, to criminals — it doesn’t take long for Spider-Man (Tom Holland) to take notice.

“Some people see themselves as victims — he sees himself a little bit like that,” Keaton said of Toomes. “He probably would have a strong argument that he never got a fair shot — a lot of ‘Why not me? Where’s mine?'”

Watts said that the Marvel Cinematic Universe is a place “where you can be a villain and a real person, too. Being a super villain isn’t necessarily your full-time job.”

See below for the first image of Keaton’s vulture. 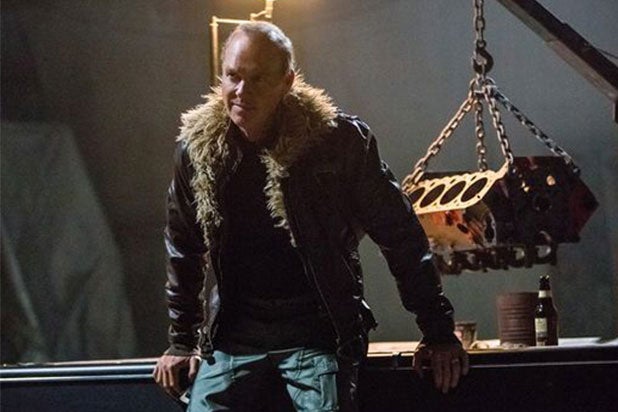