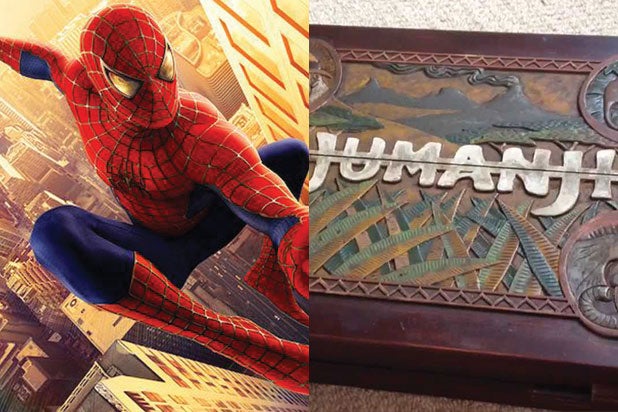 The live-action film stars Tom Holland and Marisa Tomei and will be directed by Jon Watts.

“Spider-Man” has taken the slot that was just vacated by “Pirates of the Caribbean: Dead Men Tell No Tales,” which will now debut on May 26, 2017.

“Jumanji” has not been cast as of yet, but will be directed by Jake Kasdan and written by Zach Helm, Chris McKenna, Scott Rosenberg and Erik Sommers. The 1995 movie of the same name starred Robin Williams and told the story of two kids who let a man, trapped in a board game, loose.

Holland most recently starred in “In the Heart of the Sea” and has four other projects besides “Spider-Man” coming up. He will reprise his role as Peter Parker in the upcoming “Captain America: Civil War,” and his other upcoming film titles include “Backcountry,” “Pilgrimage” and “The Lost City of Z.”