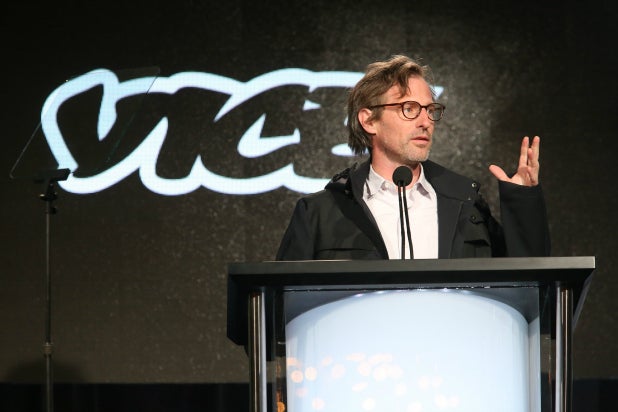 Spike Jonze is as a full-time TV executive now.

The filmmaker, who serves of creative director of the new cable channel Viceland, was joined onstage at the Television Critics Association’ winter press tour by several creators of several of the channel’s original shows.

Jonze was asked whether he was on hiatus from directing movies.

“Yeah, right now, this is kind of all I’ve been doing for the last year,” Jonze said. “It’s just a different kind of film for me. Making a whole channel and being able to work with artists that I’m excited about, it feels like a different organism.” What’s different about programming a cable channel, he added, “is that normally on a movie, you put it out and forget about it. For this, on Feb. 29, it’s only going to begin.”

Vice Media in November finalized a deal with A+E Networks to take over channel H2 and rebrand and reprogram it as a Vice network.

The company, which also produces the documentary series “Vice” for HBO, had long pursued a possible deal to take over a cable network, previously holding discussions with Time Warner about HNN.

Jonez spoke to why Vice, a robust digital-media company, would want a TV network.

“For us, one, as a company, to get this kind of production budget can still only be done in television,” Jonze said. “To be able to take that budget and give it to artists and creators to make things that are important to them, that’s an amazing opportunity for us as a company. And secondly, the idea of a TV channel seems like a fun thing to explore, play with. It’s this living, live thing that you turn on and it comes into your house like water.