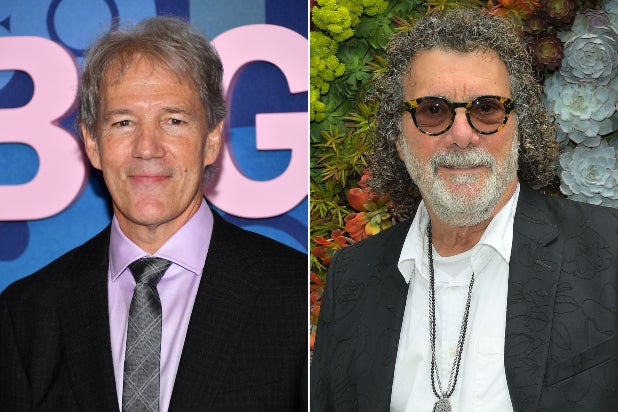 Spyglass has acquired the rights to Stephen King’s recently-released novel “The Institute,” with David E. Kelley on board to adapt and Jack Bender to direct.

King is re-teaming with Kelley and Bender, whom adapted King’s “Mr. Mercedes” for DirecTV’s Audience Network. “The Institute” marks the first TV acquisition for the newly-launched company. In addition, Spyglass has signed Bender to a multi-year first-look deal to develop future projects.

Bender is known for directing episodes of “Lost,” “Game of Thrones,” “The Sopranos,” “Under the Dome,” and “Alias.” He is the executive producer on an another King adaption in HBO’s upcoming “The Outsider.”

Spyglass Media Group is the joint venture between Gary Barber’s Spyglass and Lantern Entertainment. In July 2018, Lantern acquired the assets of The Weinstein Company out of bankruptcy for $289 million. It walked away with three unreleased films after haggling with filmmakers and producers over the rights to several of the projects, and a library of content.

“Having the opportunity to work on a new and brilliant book by Stephen King is an absolute privilege,” Whitney said. “We are thrilled to collaborate with this dream team, including the incomparable David E. Kelley, and Jack Bender, the architect behind this project, whose extensive directing and executive producing credits speak for themselves. After such a competitive pursuit, we have big plans for ‘The Institute’ here at Spyglass.”

“The Institute” was released on Tuesday. Here is the synopsis for the book:

In the middle of the night, in a house on a quiet street in suburban Minneapolis, intruders silently murder Luke Ellis’s parents and load him into a black SUV. The operation takes less than two minutes. Luke will wake up at The Institute, in a room that looks just like his own, except there’s no window. And outside his door are other doors, behind which are other kids with special talents–telekinesis and telepathy–who got to this place the same way Luke did: Kalisha, Nick, George, Iris, and ten-year-old Avery Dixon. They are all in Front Half. Others, Luke learns, graduated to Back Half, “like the roach motel,” Kalisha says. “You check in, but you don’t check out.”

In this most sinister of institutions, the director, Mrs. Sigsby, and her staff are ruthlessly dedicated to extracting from these children the force of their extranormal gifts. There are no scruples here. If you go along, you get tokens for the vending machines. If you don’t, punishment is brutal. As each new victim disappears to Back Half, Luke becomes more and more desperate to get out and get help. But no one has ever escaped from the Institute.