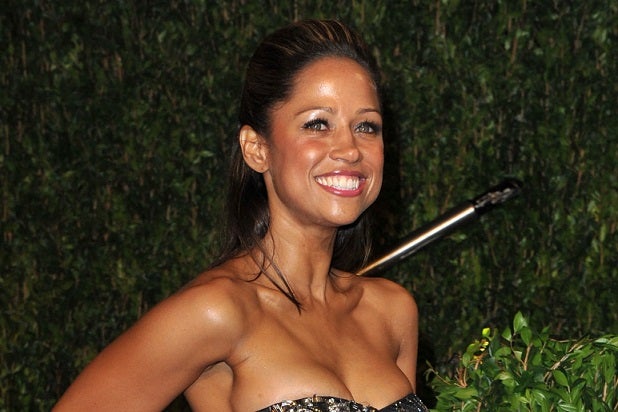 Stacey Dash is congratulating Joseph Fiennes on being cast to play Michael Jackson in a new half-hour British comedy special.

Dash began her comments by discussing how many people have reacted poorly to the casting of a white British man to play the King of Pop.

“But I say, BRAVO [sic]! I’m sick and tired of being told ‘Sorry, Stacey, this is a Caucasian-only role,'” Dash wrote on her blog. “Counterintuitively, this decision by Hollywood — which looks like a diss to blacks — is actually what we’ve been saying all along: roles should NOT [sic] be based on color.”

Dash then discussed the popularity of the Broadway show “Hamilton,” which features actors of color playing the Founding Fathers.

“I don’t care about the race of the actors portraying historical figures and I can’t wait to see Joseph’s portrayal of Jackson,” she said. “It’ll be amazing as long as he plays him truthfully and authentically.”

“This decision throws that white-only card out the window,” she continued. “They can’t look at black actors and say, ‘Sorry this role is Caucasian-only.’ Roles should not be dictated by race. There’s no reason why the lead roles in ‘Homeland,’ ‘Veep,’ or ‘Penny Dreadful’ have to be white (my favorite shows by the way). I want to see more of this diversity and thinking outside of the box with the equality that this designation entails – this is the right track.”

Dash previously raised eyebrows when she suggested getting rid of BET while discussing the lack of actors of color among this year’s Oscar nominees.

“We have to make up our minds, Dash said last month. “Either we want to have segregation or integration, and if we don’t want segregation, then we have to get rid of channels like BET and the BET Awards and the Image Awards, where you’re only awarded if you’re black.”