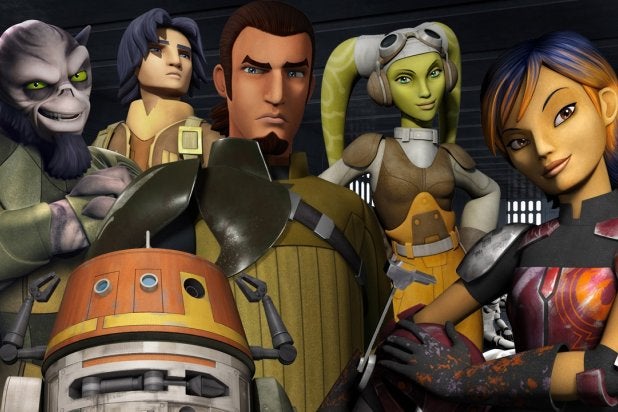 James Earl Jones is back as Darth Vader in an exclusive scene for the ABC broadcast of Luscasfilm Animation’s “Star Wars Rebels: Spark of Rebellion.” ABC will broadcast the hour-length film on Sunday, Oct. 26 at 7 p.m. ET.

“We wanted to do something special for the ABC broadcast,” said executive producer Dave Filoni. “We’ve added a scene which gives audiences insight into the Inquisitor and includes a cameo by Darth Vader voiced by the distinguished actor James Earl Jones.”

“Spark of Rebellion” served as the premiere for the new Disney XD series “Star Wars Rebels,” which tracks the events between Episodes III and IV.

The original television film scored with 6.5 million viewers through its premieres on Disney Channel and Disney XD in the U.S. and 16 worldwide markets. Before its premiere, Disney renewed “Star Wars Rebels” for a second season.

The series follows a new group of rebels on board the starship Ghost as they travel the galaxy trying to stay out of trouble — and mostly failing. The voice cast includes Freddie Prinze Jr., Vanessa Marshall, Steve Blum, Tiya Sircar, Taylor Gray, David Oyelowo and Jason Isaacs.