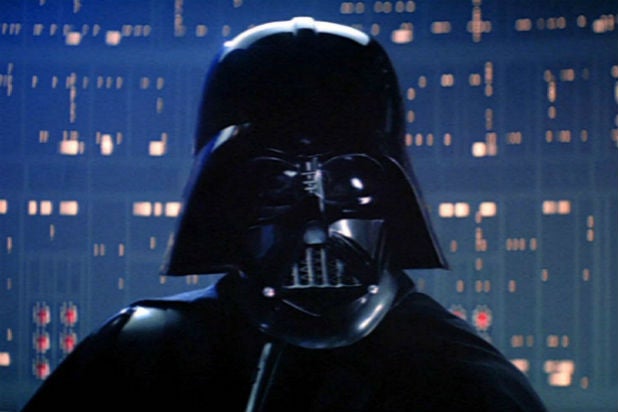 “Rogue One: A Star Wars Story” will see a band of rebel spies facing off against the man in black himself, Darth Vader.

The Sith lord’s involvement in the new film has been rumored for some time, but official confirmation comes courtesy of the new Entertainment Weekly cover (pictured below) released Wednesday.

“Rogue One,” set before the events of the original “Star Wars” film, follows a ragtag band of outlaws who hatch a plan to steal the plans to the Death Star.

The film’s protagonist will be Jyn Erso (Felicity Jones), a galactic outlaw who has come up against both the Empire and the Rebellion. She is given a chance to clear her record if she assists in stealing the Death Star schematics.

“Rogue One” is directed by Gareth Edwards (“Godzilla”) and stars Jones, Donnie Yen, Mads Mikkelsen, Diego Luna and Forest Whitaker. Mikkelsen is set to play Erso’s father, a scientist with knowledge crucial to both sides.