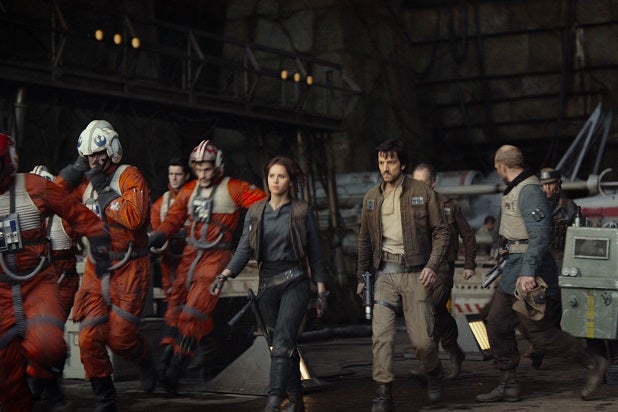 Writer-director Christopher McQuarrie has denied reports that he is involved in any “Rogue One: A Star Wars Story” reshoots, describing them as “horses— rumors.”

“Attn: bloggers. I’m reading some horses— rumors tonight,” he wrote on Twitter. “You know where to find me. Do your jobs.”

McQuarrie also told Slashfilm that he is not “supervising” the reshoots, if there even are any.

“If there are any reshoots on ‘Rogue One,’ I’m not supervising them,” he claimed. “For any outlet to say so is not only wrong, it’s irresponsible. Gareth Edwards is a talented filmmaker who deserves the benefit of the doubt. Making a film — let alone a Star Wars chapter — is hard enough without the Internet trying to deliberately downgrade one’s years of hard work. Who does that even serve? Let him make his movie in peace.”

Various film blogs like Slashfilm and Screen Rant picked up a Page Six report that claimed that Disney bosses were not satisfied with the first cut of Edwards’ film and have asked for expensive reshoots over the summer. Blogs added that McQuarrie was “heavily involved” in supervising the reshoots.

The movie follows a ragtag team of rebels attempting to steal the plans for the first Death Star prior to the events of “Star Wars: Episode IV — A New Hope.”

Attn: bloggers. I'm reading some horseshit rumors tonight. You know where to find me. Do your jobs.