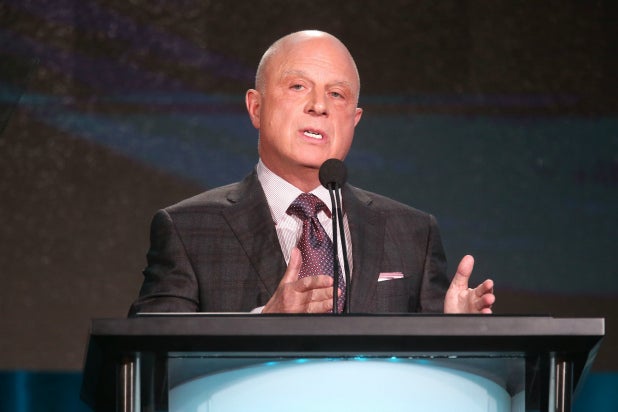 Chris Albrecht brought TV into a new era with groundbreaking shows like “The Sopranos,” “Sex and the City” and “Curb Your Enthusiasm” when he presided over HBO throughout much of 1990s and 2000s. Now, as CEO of premium cable network Starz, he’s less about reinventing the wheel than driving it to forgotten places.

At the Code Media conference, Albrecht said Starz has found success — including 1 million subscribers paying $8.99 a month for its standalone streaming service — by going after viewers competitors like HBO may have missed.

“Instead of being everything for everyone, we’re targeting specific audiences who are underserved by the premium space,” he said. “Those include African-Americans and women, oddly enough.”

Starz also reaches its audience not just through premium cable packages, but its mobile app and streaming service. Its found a successful niche, Albrecht said, and isn’t out to grow its base for growth’s sake.

The network is also trying novel ways to bring on new subscribers. Albrecht says Starz plans to launch pre-paid cards for people without credit cards or the ability to afford a Cadillac cable package who nevertheless want to watch Starz and are willing to pay for it. Pay-as-you-go and premium don’t typically go together, Albrecht acknowledged, but he believes it will work for Starz.

One thing Starz isn’t doing: explicitly identifying its user base with targeted marketing.

“I don’t think people like to be told ‘this is for you,'” he said. “That’s a decision they want to make for themselves.”

Albrecht said shows like “Power,” which has heavy African-American viewership, and “Outlander,” which is watched by mostly women, attract those audiences organically. And the proof is in the subscribers: Starz’ customer base is more heavily weighted toward African-Americans, women and people earning less than $50,000 a year than any other premium cable network.

Lionsgate, which produces TV hits like Netflix’s “Orange is the New Black,” recently acquired Starz. Albrecht said Starz will certainly get looks at Lionsgate’s TV pipeline, but denied there would be any special treatment.

Starz’ streaming service is also the only network-affiliated one that currently offers the ability to download shows and watch offline, which Albrecht said came as a result of again, trying to zig where others zag. Amazon and Netflix are beginning to introduce that capability.

However, he acknowledged that traditional bundles are stickier, meaning it’s more important to consistently deliver fresh content when serving the streaming audience.

“Although it’s easy to sign up when you’re selling directly to the consumer, it’s easy to disconnect,” Albrecht said.