Superman will come out as bisexual in an upcoming issue of the comic “Superman: Son of Kal-El.” Volume 5 of the comics run will find the current Superman, Jon Kent, coming out as bisexual and entering into a relationship with friend Jay Nakamura. Their first kiss was revealed by IGN.

Writer Tom Taylor told IGN that he’s had queer characters and storylines rejected by the comics industry over the years, so when he was asked to write a new issue of “Superman,” he decided to make the Man of Steel a member of the LGBTQ+ community. “I knew replacing Clark with another straight white savior could be a real opportunity missed,” Taylor said. “I’ve always said everyone needs heroes and everyone deserves to see themselves in their heroes. Today, Superman, the strongest superhero on the planet, is coming out.”

“We couldn’t be prouder to tell this important story from Tom Taylor and John Timms,” DC chief creative officer and publisher Jim Lee said in a statement. “We talk a lot about the power of the DC Multiverse in our storytelling and this is another incredible example. We can have Jon Kent exploring his identity in the comics as well as Jon Kent learning the secrets of his family on TV on ‘Superman & Lois.’ They coexist in their own worlds and times, and our fans get to enjoy both simultaneously.”

Lee’s statement appears to be an attempt to head off outrage from those potentially upset by this development, as he notes that the Jon Kent who is bisexual is merely one iteration of Superman currently being portrayed in various DC media. Superman is portrayed as straight on the CW series “Superman & Lois,” which stars Tyler Hoechlin as Clark Kent and Elizabeth Tulloch as his wife Lois Lane.

DC Comics has been progressing when it comes to representation, as the DC world’s most recent Robin, Tim Drake, came out as bisexual in the comics run “Batman: Urban Legends.” But DC isn’t the only comics company to expand their horizons, as Captain America came out as gay in a recent limited comic series for Marvel titled “The United States of Captain America.”

Representation continues to lag on the big screen. The DC Universe has thus far failed to feature any major characters as members of the LGBTQ+ community, while Marvel Studios will feature its most notable gay superhero in this November’s film “Eternals.” 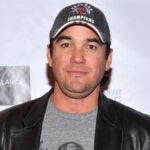