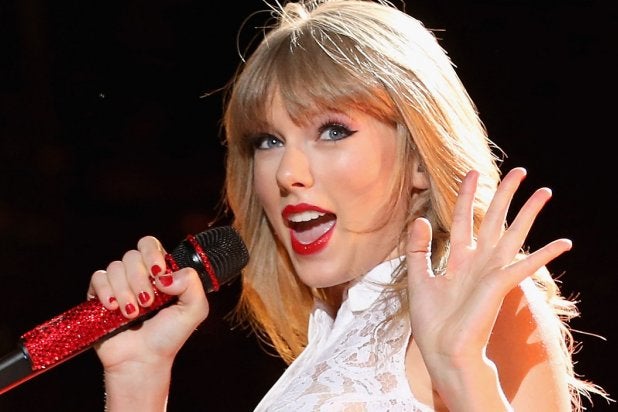 To industry analysts, Taylor Swift is doing everything right. The pop artist crossover’s just-released fifth studio album, “1989,” is on its way to an estimated 1 million in first week sales, an unprecedented number in today’s bleak music industry climate.

But as she prognosticated in lead single “Shake It Off,” “the haters gonna hate, hate hate, hate, hate” — not everything’s coming up kittens and roses for the newly-minted New York City tourism “ambassador.”

Swift was named the “Global Welcome Ambassador for the Big Apple” this week by the city’s official tourism agency, NYC & Company. The honor comes in conjunction with promotion around her second single, “Welcome to New York,” a song which Lindsay Zoladz of Vulture describes as “less like the work of a multi-multi-multi-award-winning songwriter and more like a song that a Franklin Lakes investment banker purchased from ARK Music Factory for his daughter’s Super Sweet 16.”

And in a new series of ads for the city clearly aimed at tourists and not at locals, Swift explains what things like “bodegas” and “stoops” are for those not in the know.

“A bodega is a corner store that’s open pretty much 24 hours most of the time,” she explains in one ad in a manner that could be described as pejorative by any long-time city denizen. “You can get almost anything in a bodega. Bodegas are our friends.”

Most of the criticism over Swift’s new title comes over the Pennsylvania native only having moved to the city last March. And far from having a stoop of her own, when she moved to NYC it was into a $19 million penthouse in the ritzy Tribeca neighborhood.

Not every New Yorker shares the agency’s enthusiasm about her brand of pop culture carpet bagging, especially many of the city’s bigger nightlife personalities.

“It’s just offensive. It’s not like NYC doesn’t have an impressive roster of artists who are actually from here, or who have been here over 6 months,” says Xavier, a singer/songwriter and performance artist who has called NYC home for just shy of 20 years. “Has anyone ever heard of Alicia Keys or Rosario Dawson? Hell, I’ll even take Sarah Jessica Parker.”

Downtown denizen and drag DJ Lady Bunny told TheWrap she agrees with this sentiment. “Who made the decision to make her ambassador?” she asked.

“Taylor Swift is too boring to represent NYC in any way. She’s too boring to represent Peoria, fer chrissakes,” the co-creator of drag festival “Wigstock” told TheWrap. “But I guess another dull, rich white person does sum up the new NYC to some degree. I realize that ‘Shake It Off’ is her attempt to do more urban music as opposed to country, but please put her new song on at a block party in the Bronx and see how many people dance. She’ll be shaking off plenty of new haters in her new role as ambassador.”

“Ambassador of New York… Wow,” legendary NYC club performer Kevin Aviance explains to TheWrap. “IT IS REALLY EMBARRASING to hear from someone who really does not know this city at all. I used to have so much respect for her. She should stay to what she knows best.”

See video: Taylor Swift Calls Out Record Label Over Her Pop Album: ‘They Were Nervous … But Won’t Admit It’ (Video)

A representative for Swift has not returned TheWrap’s request for comment in response to her critics.

But not everyone’s a Swift basher — the singer has an equal number of supporters in her new role. DJ Joe Gauthreaux has remixed several of her songs, including “22” and “Shake It Off” and he sees the logic behind having Swift represent New York City to newcomers.

“Having someone like Taylor Swift be the ambassador to New York is only a good thing because she represents the everyday person either moving to the city or visiting here for the first time. People know her, love her and can relate to her,” he says.

“I wish I would have had Taylor Swift tell me how to pronounce ‘Houston’ street when I first moved here so that I wouldn’t embarrass myself in front of all the new faces I was trying to put my best foot forward with. Sometimes you need a wide-eyed optimist like Taylor to let everyone know what an amazing city New York really is. Not everyone is made for the Big Apple, but if people feel like they have someone they can relate to here in the city then maybe they’ll make New York their next tourist destination.”

Gossip blogger Perez Hilton, who moved to New York City to raise a child, agrees. “Taylor Swift’s love for New York City is apparent and infectious,” he tells TheWrap. “And, most importantly, it’s genuine! Not only did she write a song about it for her new album, but she’s living her now. I can’t think of a better and more relevant cheerleader for NYC than her. I think it’s a perfect fit!”

Whether or not Swift’s appointment has any affect on NYC tourism is almost irrelevant. The city hasn’t had such a clean cut, vanilla and safe representative in years.

Perhaps then she’s the prefect 2014 representative for a town where many newcomer starving artists – as well as long-term residents — can no longer afford the rent.