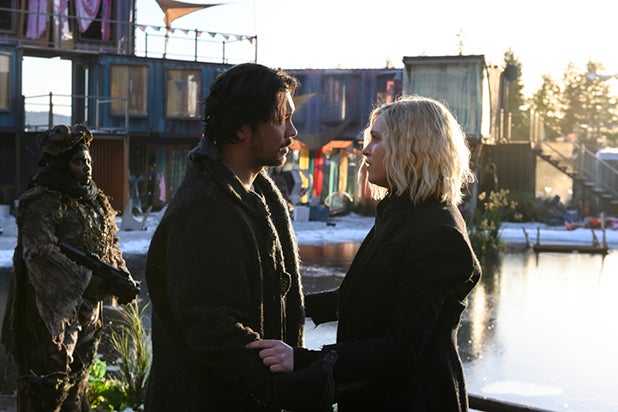 The CW is moving forward with a potential prequel series to “The 100.”

Series creator Jason Rothenberg is developing the project, which has received a pilot production order from the network, with plans to air it as a backdoor pilot during the show’s upcoming seventh and final season.

Set 97 years before the events of the original series, the prequel is set to begin with the nuclear apocalypse that wiped out most of the human population on Earth and follows a band of survivors on the ground “as they learn to cope in a dangerous world while fighting to create a new and better society from the ashes of what came before,” according to the CW.

“The 100” is a post-apocalyptic sci-fi drama based on the book series by Kass Morgan. It originally debuted in 2014 and has since aired a total of 84 episodes, with series stars Eliza Taylor, Paige Turco, Bob Morley and Marie Avgeropoulos appearing in every episode.

Rothenberg announced in August that the post-apocalyptic drama starring would conclude its run with the upcoming seventh season next year.