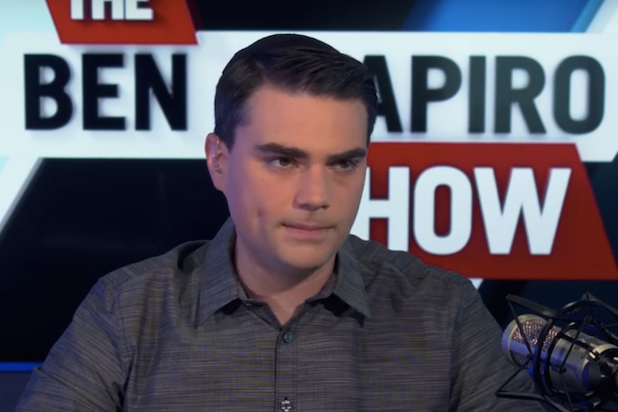 The Economist magazine apologized on Thursday over an interview with Ben Shapiro that originally referred to the conservative commentator and Daily Wire editor-in-chief as an “alt-right sage” and “a pop idol of the alt right.”

“This article has been changed. A previous version mistakenly described Mr Shapiro as an ‘alt-right sage’ and ‘a pop idol of the alt right’. In fact, he has been strongly critical of the alt-right movement. We apologise,” read an editor’s note now affixed to the top of the piece.

The new title was amended to call Shapiro a “radical conservative.”

Also Read: The Economist Apologizes for Tweet Asking Whether Transgender People Should Be 'Sterilized'

“Inside the mind of Ben Shapiro, the alt-right sage without the rage,” read the tweet from the British newsmagazine.

“Mr Shapiro not only courts controversy, he relies on it. It serves as an opening salvo to be heard above the din in digital media,” the profile said in its introduction. “His views are classically religious-conservative. He suggests that transgender people suffer a ‘mental disorder'; he opposes same-sex couples raising children; he has said (and sort of retracted) that ‘Arabs like to bomb crap and live in open sewage.'”

The magazine came in for harsh criticism on Thursday over the piece’s original description of Shapiro. Many pointed out that the the term “alt-right” — first coined by Richard Spencer to refer to followers of his white supremacist movement — was an odd choice for Shapiro, who is Jewish.

“The ratio on this piece is merely a fraction of what it should be. Because f*** this bulls***,” Shapiro tweeted, referring to the number of critical responses the piece had generated compared to the number of retweets.

In addition to near lockstep support from his conservative allies, Shapiro also found support among many of his more mainstream detractors.

“Calling @benshapiro a ‘pop idol of the alt-right’ is, regardless of your opinions on Shapiro, just incorrect. The alt-right… does not like Shapiro. He’s been one of the leading critics of the movement from the right,” CNN’s Oliver Darcy tweeted.

“This would be absolutely staggering news to the majority of the alt-right, who think Shapiro and virtually any mainline conservative is a globalist shill,” added Vox reporter Jane Coaston.

“@BenShapiro may be playing footsie with Trump and clickservatism, but to suggest he’s ‘alt-right’ is utter garbage. Shame on you, @TheEconomist,” read still another message retweeted by resistance icon George Conway.

It’s the second time this month The Economist has found itself embroiled in controversy over its coverage. Just days ago, the magazine raised hackles on the left after asking in a tweet — without context — “should transgender people be sterilised before they are recognized?”

The magazine also apologized for that, saying the line had come from a recent story over the issue in Japan.

“The article explores in detail a question that was put to Japan’s Supreme Court. Our tweets often use a line from the articles they link to. We were wrong to use the first line of this article out of its context. Sorry,” the outelt added in a March 20 update.