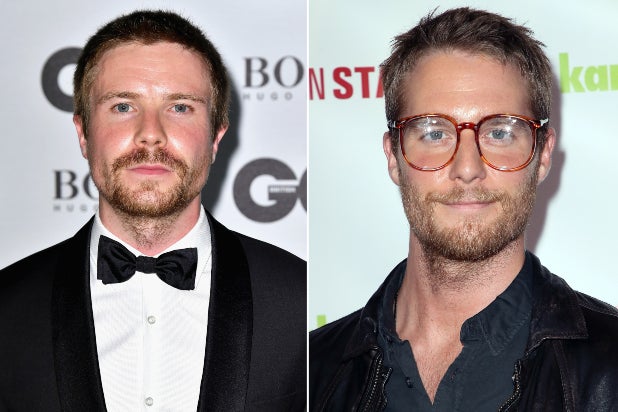 The two join Patrick J. Adams, who is playing astronaut John Glenn. Aaron Staton, Michael Trotter, Micah Stock and James Lafferty round out the rest of the Mercury Seven.

Using Wolfe’s book as its starting point, the first season of “The Right Stuff” starts at the height of the Cold War. To combat a national sentiment of fear and decline, the U.S. government conceives of NASA’s Project Mercury, igniting a space race with the Soviets and making instant celebrities of a handful of the military’s adrenaline-fueled test pilots. These individuals, who come to be known as the Mercury Seven, are forged into heroes long before they have achieved a single heroic act. At the heart of a historic drama populated by deeply human characters, two archrivals — Maj. John Glenn and Alan Shepard — jockey to be the first man in space.

McDorman will play Shepard, while Dempsie portrays Lt. Gordon Cooper, the youngest member of the Mercury Seven. The rest of cast goes as follows: Staton as Wally Schirra; Lafferty as Scott Carpenter; Stock as Deke Slayton; and Trotter as Gus Grissom.

Subsequent seasons of “The Right Stuff” will carry through to the epochal Apollo Space Program, during which time humankind saw one of its greatest achievements — man setting foot on the moon — and missions beyond.

“The Right Stuff” hails from Nat Geo along with Appian Way and Warner Horizon Scripted Television. Leonardo DiCaprio and Jennifer Davisson will serve as executive producers, while Mark Lafferty (“Castle Rock”) will executive produce and serve as showrunner. “Game of Thrones” alum David Nutter will direct the first episode.

Production will begin this July in Cocoa Beach, Florida, and will premiere globally on National Geographic in 2020.