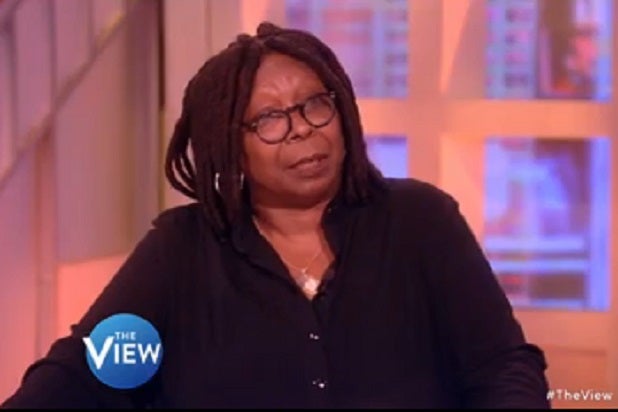 Whoopi Goldberg has some advice for the Republican presidential candidates of the current campaign: Develop some testicular fortitude.

Goldberg and her cohorts on “The View” tore into Wednesday’s GOP presidential debate during Thursday’s episode of the ABC talk show, with Goldberg slamming the candidates for their perceived evasiveness.

Reminded by her cohorts that there’s a multitude of Republican candidates and a limited amount of time to answer the questions, Goldberg would have none of it.

“The Democrats seemed to have been able to do it,” Goldberg asserted. “You have your time, get your act together. This is how much time you have. You got to get your behind in gear.”

Of course, the Republican candidates would — and in Ted Cruz’s case, did — argue that they weren’t being asked substantive questions during Wednesday night’s CNBC debate.

Again, Goldberg would brook no excuses. After the panel viewed Cruz’s tirade about the questions being asked, Goldberg again suggested that a bit of backbone — or at least another body part — is needed.

“They didn’t like Fox and they didn’t like CNBC,” Goldberg said. “So where you do you go now? If you don’t like Fox and those are your people, where do you go? You need to grow a pair, because if you’re going to run the country it’s imperative that you be able to like take stuff and let it roll off you and not go off every time you don’t like something.”