The Oscar-nominated directors of documentaries overcame their own fear at the personal danger their films required, they said at a Wrap panel featuring the five nominated films this week.

“Fear was omnipresent at every moment,” said director Matthew Heineman, whose “Cartel Land” depicts a Mexican village’s vigilante uprising against the Knights Templar drug cartel.  “I was terrified. I’m not a war reporter, and this led me to some hairy situations: shootouts between vigilantes and the cartel, meth labs in the dark desert night, places of torture, all absolutely terrifying to film in.”

Despite the risk, said Joshua Oppenheimer, director of “The Look of Silence.”  “We realized we had the chance to do something unprecedented, to break 50 years of silence.” His film  and previously Oscar-nominated “The Act of Killing” delve into Indonesia’s 1965 massacre of 500,000, which has gone unpunished by the current regime.

“I had just finished a project, a friend asked me to come down to Maidan [center of Kiev’s 2014 uprising], and the movie started to happen to us,” said “Winter on Fire: Ukraine’s Fight for Freedom” director Evgeny Afineevsky. “We were finding ourselves in the middle of history. People of all ages, social classes, religions, standing against the corrupt regime. I thought, it’s a crime not to shoot this story.” 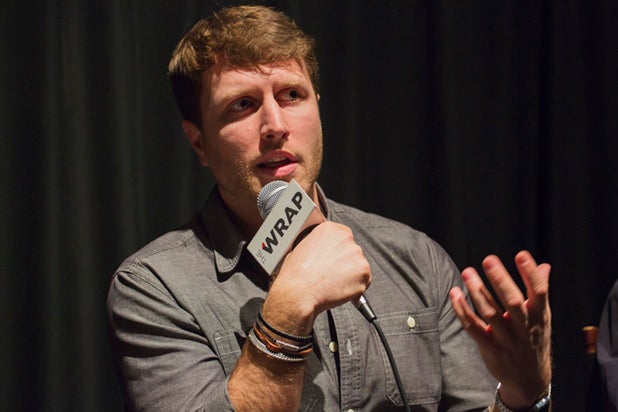 Wrap editor-in-chief Sharon Waxman asked the filmmakers how they came to choose subjects so strikingly timely, sharing themes of political turmoil and the inner turmoil of our greatest artists.

“The consistent theme among these five films is people stuck in a cycle they can’t get out of and trying to break free,” said Heineman. “We’re obsessed with ISIS, but here on our border there’s this war with 100,000-plus people killed, and we’re implicated in it. I felt a duty to tell this story.”

“I wanted to make a film that would make viewers feel what it is like to live for 50 years afraid, when your whole country becomes a kind of open-air prison,” said  Oppenheimer. 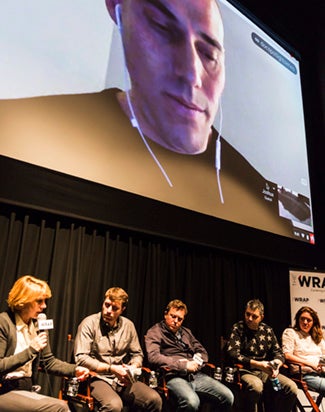 “I didn’t know I’d be following a man confronting the man who killed his brother [in 1965],” said the director. To keep the man alive in case the accused killer got angry, said Oppenheimer, “We had his family ready to board the next flight out at the airport if they didn’t get an all clear from the team monitoring from Denmark.”

“Is the camera something that protects you or puts you in danger?” Waxman asked. “It’s a danger,” said Afineevsky. “Snipers were shooting at priests, the Red Cross, at us. We are just lucky that moment this bullet didn’t pick us. The bullets, the beatings, the blood. Even I saw my own blood sometimes, because of splinters of grenades on my leg.”

Filming men weighing cocaine while discussing their work for the police was tense. “Even just driving in my car with my main subject, the doctor who led the vigilantes, that was scary because he had a big bullseye on the back of his head at all times,” said Heineman.

Torture of a different sort is found in the two music bios in the race, Liz Garbus’s “What Happened, Miss Simone?” and Asif Kapadia’s “Amy,” which was represented by Amy Winehouse’s friend and first manager Nick Shymansky, who appears in the film. “Depression and a terrible combination of things led [Winehouse] to go from smoking a bit of dope and doing the sort of things we did to Class A smoking crack pipe, doing heroin, all like in the space of a week,” said Shymansky of the genius singer, who died in 2011. “Then she made this amazing record [“Rehab”]. Amy was like that, she could have 360 bad days and five amazing days. And this all happened right at the time when everybody had a cellphone.”

Winehouse’s fame tsunami coincided with the rise of snap-judgment social media. “Everyone got very used to watching people publicly f— up,” said Shymansky. “I was quite angry, because it wasn’t a six-month decline, it was a five-year decline, and a very public decline. It ate a lot of my mind space. I would hear from Amy randomly but I couldn’t get in. We lost all control, all of her close friends. We were like, ‘Are we going mad? Can’t everyone see what’s going on?’ After she died, I expected some sort of tributes, but she became this joke. Nobody asked, ‘Is she depressed? Mentally ill? What’s wrong? Why are those TV people being so mean? Why are those paparazzi hounding her?'” 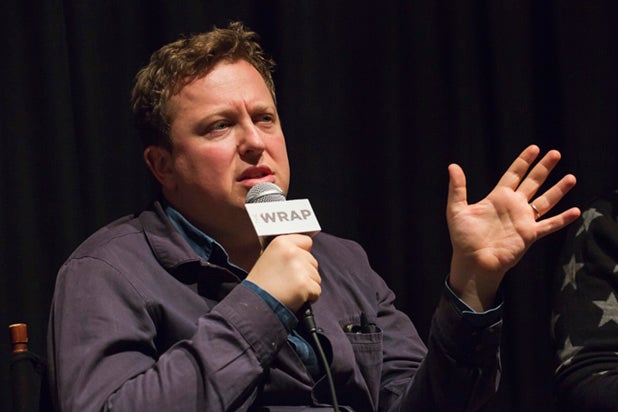 Nick Shymansky, the former manager of Amy Winehouse, for the film “Amy” (photo by Ted Soqui)

Shymansky is troubled by his role in igniting Winehouse’s doomed skyrocket career. “Some artists are great businesspeople, if they weren’t an actor they’d be a politician or something, but with Amy, she didn’t want to be famous,” he said. “That’s a little guilt I have looking back because I so wanted her to be famous. I don’t think she necessarily wanted all that stuff.”

Asked how the classically trained popular singer whose rage erupted into searing social commentary in the 1960s would feel today, Garbus replied, “Anger over the lack of change. In the film she says, ‘My songs aren’t relevant anymore, there’s no Movement.’ While we were editing the film, tanks were rolling down the streets of Ferguson. It looked exactly like the scenes of the 1960s. When we were in Europe, 10 black parishioners were shot in a church in Charleston. Nina Simone wrote ‘Mississippi Goddamn’ after the murder of four little girls in a church. So the stories fold in on themselves and the songs become ever relevant.”

Like the nominated documentaries about world-historical events, the biodocs succeed by dint of research, detail and deep insight. In Simone’s case, the revelations are both personal and broadly political. “She always returned to the stories of her classical training, growing up in the Jim Crow South, being this child prodigy embraced by both black and white communities, having that dream of being the first black female pianist to reach Carnegie Hall, then having that dream denied from what she understood as racism on the the part of the [Curtis] Conservatory, and then having to play clubs–‘Go sing ‘My Baby Just Cares for Me!'”

Garbus added: “This creates a tension within her that is not fully realized until she gets caught up in the Civil Rights movement and she can express–all of that pours out in songs like ‘Mississippi Goddamn’ and ‘Young, Gifted and Black,’ these anthems of Civil Rights.” 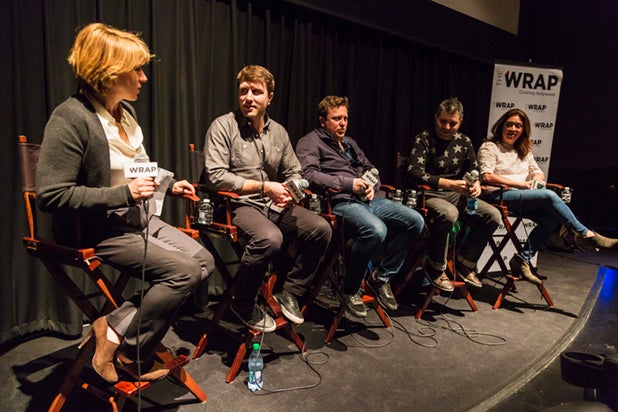 All the nominees are having an impact far beyond the Oscar red carpet, though not all audiences applaud. “‘The Look of Silence’ has been screened 6,000 times in Indonesia and seen online by tens of millions, and now the media talk about the genocide,” said Oppenheimer. “The army has fought back by hiring thugs to fight screenings, but no one’s been hurt because they barricaded themselves and went ahead with the screenings.” He added that because Indonesia’s carbon footprint exceeds America’s, thanks to regime policies, and could tip the climate, “perhaps our survival as a species depends on the [anti-regime] movement’s success.”

“Werner Herzog, one of the film’s producers, told me, ‘Josh, art doesn’t make a difference.’ He paused for a long time and smiled, and said, ‘Until it does.'”