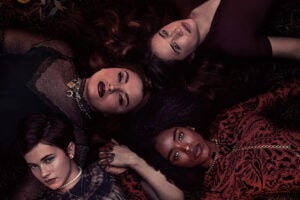 Inside ‘The Craft: Legacy’ and the Push for Trans Representation in Hollywood

Ratings: ‘This Is Us’ Season 5 Premiere Declines vs Dodgers World Series Win on Fox

Though the NBC drama dropped double digits (on a percentage basis) from last year’s comparable season premiere, it faced some seriously difficult competition. Beyond the World Series-clinching Game 6, “This Is Us” also went up against a pretty buzzy “Bachelorette.” (At least, the first hour of the two-hour “This Is Us” did.)

Due to the nature of live sports, the below Nielsen numbers for Fox should be considered subject to significant adjustment. We should have final numbers for the World Series Game 6 shortly.

Also Read: 'This Is Us' Creator on What Premiere's Shocking Reveal About Randall's Past Means for His Future

Fox was first in ratings with a 2.7 rating/15 share in the advertiser-coveted 18-49 demographic and in total viewers with an average of 10.3 million, according to this preliminary data set. Those should rise when west-coast Dodger-fan viewing is crammed into primetime averages.

Univision and Telemundo tied for fifth in ratings, both with a 0.3/2. Univision was fifth in total viewers with 1.2 million, Telemundo was sixth with 942,000.