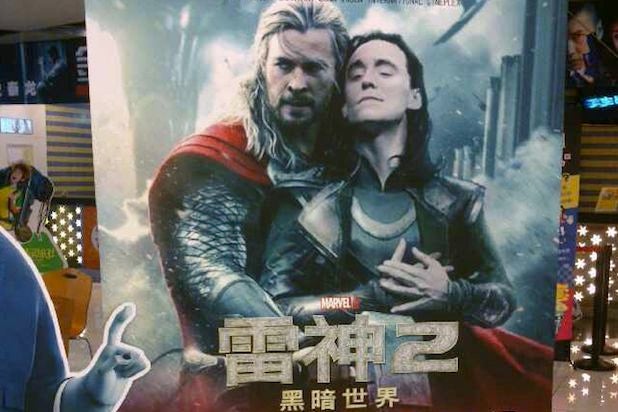 Thor and Loki are brothers in the Marvel universe — well, half-brothers, of different species — but according to a movie poster reportedly displayed in a Shanghai theater, they may get dramatically closer in “Thor: The Dark World.”

While the poster (right) for the superhero flick is supposed to feature Thor putting a protective arm in front of his earthling love interest, Jane Foster (Natalie Portman), a Chinese theater accidentally used a photoshopped fan-made version — which suggests a very different story.

“Avengers” villain Loki (Tom Hiddleston) swoons in Thor’s arms, while his buff brother protects him from the dangers of “The Dark World.”

Gaze upon the full fake poster in all its glory, below: