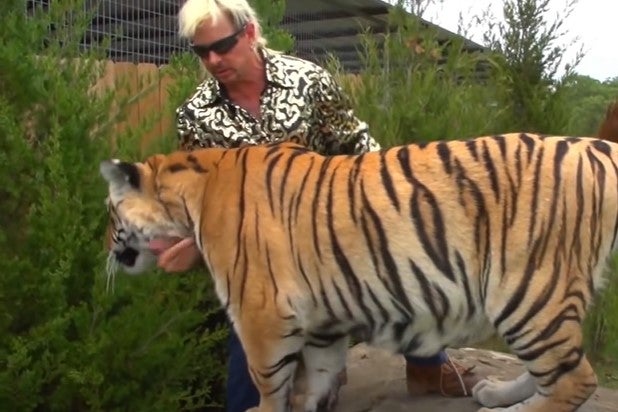 The Greater Wynnewood Exotic Animal Park — the big cat zoo made famous in Netflix docuseries “Tiger King” — has been closed to the public. Owner Jeff Lowe, who acquired the former G.W. Zoo from Joe Exotic, says the park will become a “private film set for ‘Tiger King’ related television content for cable and streaming services.”

In a Facebook post published on the night of Aug. 18, Lowe says he contacted the USDA (U.S. Department of Agriculture) to “voluntarily forfeit” his exhibitor’s license, and that “less than 24 hours” later, the government organization notified him they were suspending his license for 21 days.

The USDA had a different timeline for us on the suspension.

“On August 17, USDA’s Animal and Plant Inspection Service (APHIS) suspended the exhibitor license for Jeff Lowe, owner of the Greater Wynnewood Exotic Animal Park, for 21 days,” a spokesperson for the group’s Animal Care group told TheWrap on Wednesday. “The facility is closed, and Lowe may not conduct regulated activity during the suspension. After the 21-day suspension, APHIS will evaluate the status of the animals at the facility and determine next steps.”

Lowe says the decision to close the park to the public and make it a de facto TV set was “made more than a month ago.”

Below is Lowe’s full statement from Facebook. We did not clean up the typos or grammatical errors.

The “Tiger King” phenomenon has definitely changed our lives in many ways. It has brought us more attention than any human deserves, good and bad. It has, and probably will continue to make us a target of every nutjob and animal rights loon in the World, but we are prepared.

It has also provided us with an unfathomable source of income. Income that will guarantee the long term care of our animals and allow us to be very selective going forward.

As of today, we have decided to close the old zoo effective immediately.

Do the the permanent closure of the Wynnewood Zoo, I’m forfeiting my USDA exhibitors license.

The very agency that has given my facility five consecutive perfect inspections, has now folded to the pressures of PETA and continue to make false accusations against me.

Suspiciously, less than 24 hours after I contacted the USDA to voluntarily forfeit my license, they notify me that they are suspending my license for 21 days for a litany of falsehoods.

In the State of Oklahoma, exotic animal ownership is perfectly legal.

Rest assured that all the animals will continue to have excellent care, and consequently will no longer be subject to USDA inspections or PETA spies.

Our new park will, at least for the foreseeable future, be a private film set for Tiger King related television content for cable and streaming services.

This was in fact a decision that we made more than a month ago and was the huge news that we spoke about on Facebook a couple weeks ago.

So, thanks to all the people who have visited the Wynnewood Zoo over the years! We thank you all from the bottom of our hearts.

Effective immediately, we are closed to the public!

“Tiger King” was a smash hit for Netflix and a cultural phenomenon at the beginning of the coronavirus pandemic-forced shutdown in the United States. The docuseries’ main character, Joe Exotic (pictured above, real name Joseph Maldonado-Passage), is currently serving a federal prison sentence for hiring a hitman to kill his rival, Big Cat Rescue owner Carole Baskin.

Before going to prison, Maldonado-Passage sold the zoo to Lowe.