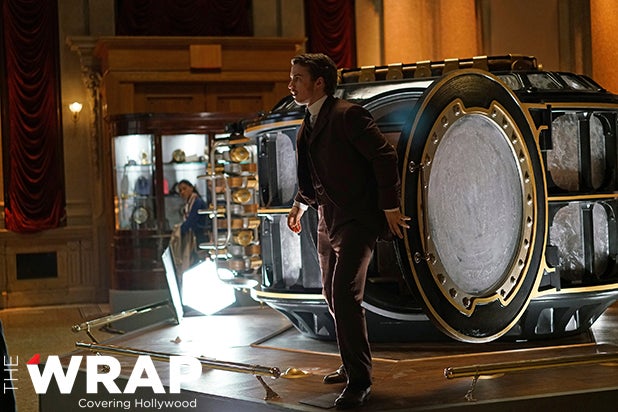 ABC has pulled the plug on “Time After Time” after just five episodes, TheWrap has learned.

The Kevin Williamson time-travel drama, starring Freddie Stroma and Josh Bowman, has officially been pulled from the network’s schedule. It will be replaced on the schedule by Alec Baldwin’s “Match Game.”

The series premiered soft on March 5 with two episodes and just 2.5 million viewers. Subsequent episodes declined in viewership, with the most recent outing getting a 0.4 rating among adults 18-49 and 1.9 million viewers.

Based on the 1979 novel by Karl Alexander and movie adaptation by Nicholas Meyer, “Time After Time” hailed from executive producer Kevin Williamson of “Dawson’s Creek,” “The Following” and “The Vampire Diaries.”

The series followed famed science fiction writer H.G. Wells (Stroma), who is transported to modern-day Manhattan in pursuit of Jack the Ripper (Bowman).