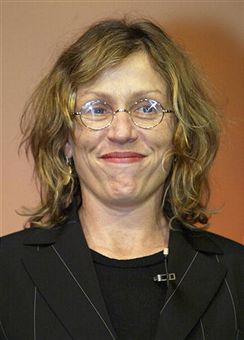 Move over, Megatron. There’s a new scenery-chewer on the set of "Transformers 3."

On his website this morning, director Michael Bay broke the news that John Malkovich and Frances McDormand have joined the cast of Paramount’s "Transformers 3."

I know… I did a double take and had to re-read that sentence too.

How could Bay have suckered not one but two high-caliber actors into joining this brain-dead franchise?

The first "Transformers" was mindless dreck — but its sequel was insultingly stupid to the point of being offensive. Why Malkovich and McDormand would want to stoop so low is beyond me, but I won’t presume to know why they signed on.

It’s probably not the script, or the chance to work with Bay, so for now, my money is on … money.

"Transformers" money talks louder and faster than Chris Tucker, and I imagine McDormand isn’t exactly breaking the bank as a member of the Coen Brothers’ acting troupe.

I actually understand the one-for-them, one-for-me mentality that some successful actors choose to embrace. I don’t begrudge anyone the money they make. If you can find someone willing to pay a lot for the work you do, by all means, take the money and run. But this has to be somewhat heartbreaking for longtime fans of both actors, since there’s nothing this movie can offer either of them creatively — aside from the chance to run around in front of a green screen.

Deadline reports that McDormand will have a fair-sized role as the National Intelligence Director (I hope this means less of John Turturro — another Coen brothers regular — who always seemed to be on a completely different page than the rest of the cast), while Malkovich would likely have a smaller role as Shia LaBeouf’s character’s first boss.

Bay also let slip that Ken Jeong ("The Hangover," NBC’s "Community") has joined the cast, though its unknown what role he will play. Jeong has been everywhere since he delivered Seth Rogen and Katherine Heigl’s love child in "Knocked Up." He has appeared in "Step Brothers," "Pineapple Express," "Role Models," "The Goods," "All About Steve" and "Couples Retreat," but is probably best known as the naked Asian man who popped out of the car trunk in "The Hangover." Jeong next stars in the awful-looking Brendan Fraser movie "Furry Vengeance," the  long buzzed-about animated film "Despicable Me" and the Kevin James comedy "The Zookeeper." You can also see him on "Community" as Senor Chang and on Starz’s "Party Down" as Mr. Duk, the owner of the wacky catering company.

McDormand, who won a Best Actress Oscar for "Fargo" and earned three supporting nominations for "Mississippi Burning," "Almost Famous" and "North Country," hasn’t appeared onscreen since "Burn After Reading" and "Miss Pettigrew Lives For a Day" in 2008. She’s a fine comic actress but hopefully she will add a degree of seriousness that this series could desperately use. 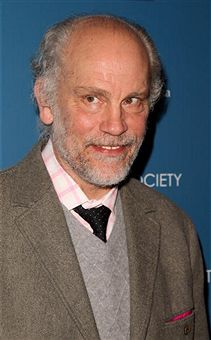 Meanwhile, I’ve worshipped at the altar of Malkovich since the days of "Jennifer Eight" and "In the Line of Fire." This is an actor with high-brow, literary tastes (see "Dangerous Liaisons," "The Glass Menagerie," "Of Mice and Men," TV’s "Death of a Salesman" and "Heart of Darkness.") He artfully balances indies ("Disgrace," "Colour Me Kubrick," "Art School Confidential," "The Great Buck Howard") with more commercial work (""Eragon," "Beowulf," the upcoming "Jonah Hex"). It’s one thing to go off and join the "Spider-Man" franchise as a major villain, which Malkovich was tipped to do at one point, with reports pegging him as Vulture, but it’s quite another to join this particular franchise.

I was one of those people who believed "Transformers: Revenge of the Fallen," actually looked awesome … until I finally saw it, and the film turned out to be one of the worst of 2009. Typically, a sequel allows the filmmakers the opportunity to try to fix what didn’t work in the first film, but with "Revenge of the Fallen," what didn’t work in the original was only magnified. For instance, "Transformers" ran a butt-numbing 144 minutes, while its sequel had the gall to last an excruciating 150 minutes. Who saw the first "Transformers" and thought,  "Gee, what that really needed was to be six minutes longer?" Why should I think Bay won’t continue making the same mistakes over and over?

What kills is me is that I actually like Michael Bay and respect him as a filmmaker. "The Rock" is one of my favorite movies of all time. I’d love to see him stop chasing box office glory and return to making R-rated movies for serious action fans.