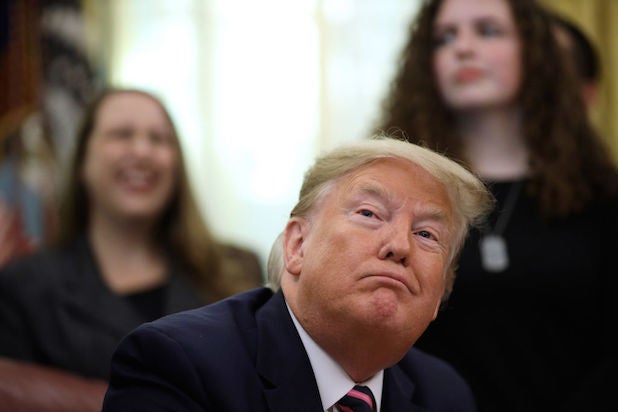 Looking for live, gavel-to-gavel coverage of the Senate Impeachment Trial of President Donald Trump? There are a few TV and streaming options for you to catch every moment from Washington, D.C.

On TV, the trial will be kicking off at 1:00 p.m. ET on C-SPAN 2 on Tuesday. The Senate is expected to debate the ground rules for the trial before moving to oral arguments later in the week.

Viewers will also be able to stream it live on C-SPAN’s website by signing in with their TV provider. And for cord-cutters, you can live stream the trial on PBS NewsHour’s YouTube channel, which is included below:

President Trump revealed his legal team for the trial last Friday, which will include Alan Dershowitz and Kenneth Starr, who first came to fame during the Clinton impeachment trial in the late ’90s. Trump is the third president to be impeached in the nation’s history and the first since Bill Clinton was impeached in 1998 on charges of lying under oath to a federal grand jury and obstruction of justice.

The House of Representatives delivered two articles of impeachment last week against President Trump, charging abuse of power and obstruction of Congress. House Speaker Nancy Pelosi signed the articles last Wednesday while flanked by the 7 Democratic trial managers who will prosecute the case. Those managers are: Jerrold Nadler of New York, Adam Schiff of California, Hakeem Jeffries of New York, Zoe Lofgren of California, Val Demings of Florida, Sylvia Garcia of Texas and Jason Crow of Colorado.

The president’s legal team on Monday said lawmakers would “permanently weaken the presidency” by removing him from office and called on the Senate to “swiftly reject” the impeachment charges.  The Constitution requires a two-thirds supermajority to remove a president from office, meaning 19 of 53 Republican senators would need to be vote for Trump’s removal if all 47 Democratic senators vote in favor of his removal.