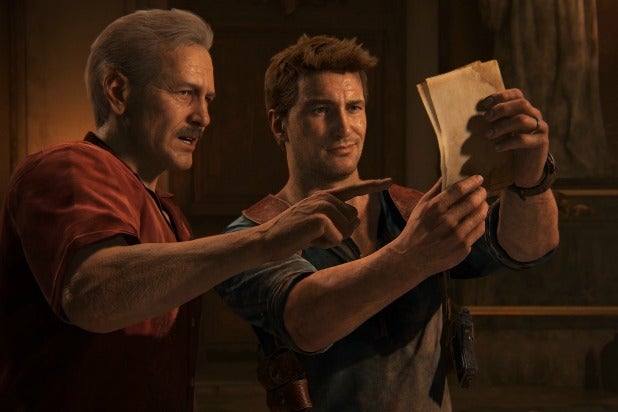 In the annals of video game history, 2007 might have been the greatest. Not necessarily for what came out of that year, but for its declaration of intent.

“Uncharted,” “Bioshock,” “Assassin’s Creed,” “Call of Duty 4,” “The Orange Box,” “Mass Effect,” and the list goes on. If you care about storytelling in video games, the lineup that year was incredibly encouraging because the big publishers seemed to be saying they were making storytelling the priority going forward. That this was the beginning of a new age, or something.

But that new age never really materialized. Priorities never changed, beyond how those publishers would try to frame their tech products. The world of video games is the same as it was before 2007.

“Uncharted 4: A Thief’s End,” available May 10 exclusively for the PlayStation 4, might represent the peak of that, as a game that, as it exists now, has little artistic ambition. It’s so preoccupied with being a video game that it never does anything more than squander the potential in its stated purpose. This is Naughty Dog’s last entry in the series, and it’s the very definition of going out with a wimper.

What “Uncharted” always represented as a franchise was a true melding of action movie with action game. That first game back in 2007 wasn’t perfect but it certainly established a good formula that the series creators at Naughty Dog could build on. And the writing was great. “Uncharted 2” was closer, as if Naughty Dog realized that you don’t make a movie-like video game that’s more than ten hours long without regularly switching things up. It was still too long, with numerous pacing hiccups, but it seemed like they were getting it.

But “Uncharted 3” was a great big mess, totally incoherent and weirdly difficult to play, to the point where the experience as a whole had no flow. There was a fundamentally troubling development there — a game like “Uncharted” relies heavily on flow and forward momentum, neither of which you’ll have if your game is too hard.

“Uncharted 4,” finally, takes that betrayal and one-ups it as much as it can. Not that it’s necessarily very difficult, but it’s obvious that the chief creative drivers behind the scenes cared much more about “Uncharted 4” being a video game, with all the standard video game trappings, than on finally creating the playable movie that “Uncharted” always claimed to be.

And since this is the last go-around for both Naughty Dog and franchise protagonist Nathan Drake, it’s difficult to look back on “Uncharted” as a whole as anything other than a massive disappointment.

At the beginning of his final adventure, Nathan Drake has settled down. He no longer slays mercenary armies in pursuit of ancient treasure, but instead works as an underwater salvager for a legitimate company. He’s now the kind of person who cares about permits, and goes home to his wife Elena (who works as a reporter) every night. It’s a short-lived thing, of course — Nate’s long-thought-dead brother Sam returns, and drags Nate back into the old life. Before Sam “died,” he and Nate had been searching for the lost treasure of the pirate Henry Avery. Now it’s time to get back to it.

Brother who had never been mentioned before aside, this sounds like “Uncharted” — which is a sort of Gen X “Indiana Jones.” Nate and Sam hook up with old pal and series staple Sully. They steal an old relic from a black market auction. They go to a pirate graveyard in Scotland and find a secret cave under one of the tombstones. They do some puzzles in a old Madagascar church. They find a secret island with a secret pirate city on it. It’s all very “Uncharted.”

But that’s the movie way of describing it, and the movie way is not really an accurate representation of the experience of playing “Uncharted 4.” No, this experience is not about a quest to find treasure, or Nate coming to grips with the fact that maybe all these harrowing gunfights aren’t worth it. “Uncharted 4” is about climbing on stuff and shooting people.

You will climb on stuff all the time. In Scotland, you stand in a field, looking at a map. You have to go over to the graveyard, which is near a monastery that the bad guy is digging around because he’s going after the same thing you are. But instead of walking to the graveyard, you take the most bizarre, improvised cliffhanger path imaginable. In “Uncharted 4” you can’t just walk anywhere — you have to find the path that takes you through physically impassible areas so you can do “gameplay.” Unfortunately, all that climbing is neither challenging nor enjoyable, and the fact that you’re doing these impossible maneuvers on the regular renders all of them mundane. What should be awesome and thrilling is just the thing you do over and over for hours on end.

As a result, “Uncharted 4” becomes an experience that is preoccupied with placing physical obstacles every three steps in front of you. You’ll find yourself, very often, needing to go straight up maybe 20 feet, but without any obvious means to do so. “It’s too high for a boost,” somebody will say, meaning that even if Nate or one of his companions stand on another’s shoulders they won’t be able to reach it.

The next thing, inevitably, out of somebody’s mouth is “let’s see if we can find something to stand on.” This is a video game cue — it means that someplace nearby is a crate that you have to puzzle out of its hiding spot. They always make that leap, first thing, without even trying anything else or even actually knowing if one of these magical video game crates is around. On one occasion, you’ll find yourself needing to get on top of a wall to lower a drawbridge over a moat. Sully will point out that there’s a crate on the other side of the moat, at the top of a tower. As if that could at all be the most prudent solution to this problem. And yet you’ll find yourself in this exact situation over and over again, because it’s a video game.

And that’s what’s most disappointing about “Uncharted 4.” It’s not even a good faith attempt at being what “Uncharted” always promised it would be. It’s just a pretty OK story slapped on endless sequences of arbitrary video game bullshit that exists to impede its own storytelling efforts. “Uncharted” was supposed to be different.

But it’s not. Instead, it’s just like every other game.