Weta Digital, one of the world’s premier visual effects companies founded by Peter Jackson, has sold its visual effects tech division to Unity in a $1.625 billion deal, according to an individual with knowledge of the deal.

Weta Digital has won six Oscars for its visual effects work, dozens of other VFX prizes and is known for designing the worlds of Middle Earth in the “Lord of the Rings” films, Pandora in “Avatar” and “Avengers: Endgame” among many others. Over the past 25 years, the company has developed groundbreaking AI technology.

The acquisition is designed to put Weta’s exclusive and sophisticated visual effects (VFX) tools into the hands of millions of creators and artists around the world, and once integrated onto the Unity platform, enable the next generation of real-time 3D creativity and shape the future of the metaverse. 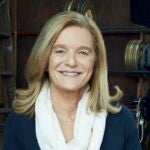 “Weta Digital’s tools created unlimited possibilities for us to bring to life the worlds and creatures that originally lived in our imaginations,” Peter Jackson, Chairman & Co-Founder of Weta Digital said in a statement. “Together, Unity and Weta Digital can create a pathway for any artist, from any industry, to be able to leverage these incredibly creative and powerful tools. Offering aspiring creatives access to Weta Digital’s technology will be nothing short of game changing and Unity is just the company to bring this vision to life.”

“We are thrilled to democratize these industry-leading tools and bring the genius of Peter Jackson and Weta’s amazing engineering talent to life for artists everywhere,” added John Riccitiello, Unity President and CEO. “By combining the power of Unity and Weta Digital, the tools and technology that built characters and scenes from the world’s most iconic films such as Avatar, Lord of the Rings, and Wonder Woman, will enable an entirely new generation of creators to build, transform, and distribute stunning RT3D content.”

With this deal, Unity acquires Weta’s 275 engineers that are known for architecting, building, and maintaining Weta Digital tools and core pipeline along with acquiring industry-leading tools such as Manuka, Gazebo, Barbershop, Lumberjack, Loki, Squid, Koru, and more.