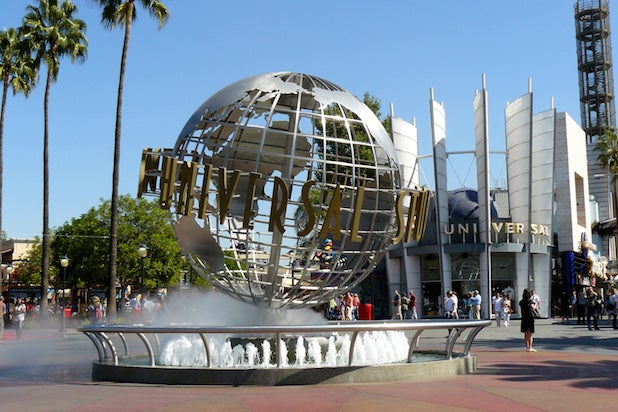 Universal Studios is extending the closure of its theme park until at least May 31, the park announced on Thursday, and pay cuts to staff will be issues beginning April 20 with some furloughs beginning May 3.

A representative for Universal also confirmed that staff will be paid through April 19. Beginning April 20, however, staffers will be paid at 80% of their rate, and part-time, hourly workers will be furloughed beginning May 3. Universal will fully cover the cost of benefit plans for those team members who have them, and a small group of staff will continue working and be paid at full capacity. Here’s the full statement shared with TheWrap:

Taking care of our team members during this difficult and challenging time remains one of our most important priorities.  We are working hard to find solutions that also allow us to sustain our business.  Our team members will be paid at 100 percent through April 19, but as we enter a more prolonged closure period, we need to take additional measures.  Beginning April 20, nearly all our team members will be paid at 80 percent of their pay – and we will ask them to adjust their work accordingly.  A small group of team members will be asked to continue working at 100 percent and will continue to be paid at that level.   We have also made the difficult decision that we will furlough our part-time hourly workers beginning May 3.  During this time, we will fully cover the cost of benefit plans for those team members who have them.  All of these team members remain in our thoughts – and, while we don’t yet know when, we look forward to returning them to work one day.

Universal Studios in Hollywood closed its doors on March 14 at the onset of the coronavirus outbreak in America, and it was originally targeting a reopening date of March 28.

The announcement comes after Disney said that Disney World and Disneyland resorts would also extend its closure indefinitely and that staff there would also be paid through April 19.

Universal’s full announcement can be found below:

“We know Coronavirus (COVID-19) has impacted many parts of your life – including your travel and vacation plans and we will be eager to welcome you back to our theme parks and destinations when the time comes. For now, we must make the health and safety of our guests and team members our top priority and we will continue to take guidance from health agencies and government officials.

We have created flexible programs for guests who have purchased tickets with us. Here are answers to some of our most-asked questions. Guests with specific questions can call this number for more information: 1-866-258-6546.”