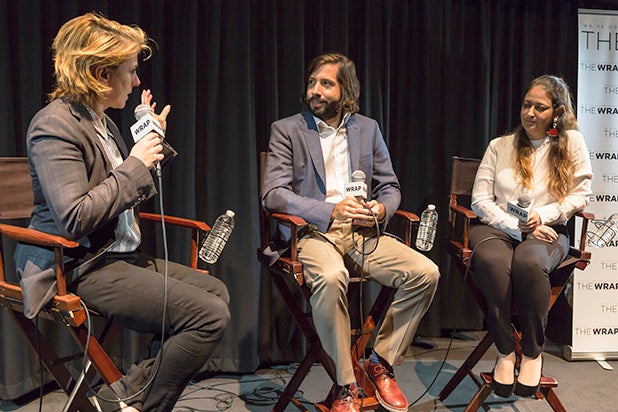 "El Inca" Q&A with director Ignacio Castillo Cottin and producer Nathalie Sir-Sharlom held at the Landmark Theatre and hosted by The Wrap.

Edwin “El Inca” Valero was a Venezuelan icon, an undefeated, two-weight boxing world champion and a ferocious fighter who won all but one of his fights by knockout. But in 2010 he was arrested on suspicion of killing his wife and took his own life in prison. After that, the filmmakers behind his life story, “El Inca,” says his cultural legacy virtually vanished.

Director Ignacio Castillo Cottin spent years researching Valero, uncovering what he calls “this love story, which I think is tragic, dramatic and incredible love story worthy to make a film of it.” What he didn’t expect upon telling that story was how unearthing the past of a complicated, tortured individual would spark a legal controversy in Venezuela.

“El Inca” played for two weeks in Venezuelan theaters before being pulled following an injunction filed by Valero’s family. The filmmakers won that case, but it was banned within days yet again by the Venezuelan supreme court. Castillo Cottin says this is the first time in the country’s history that a film has been censored by the government, but he adds that it’s part of a longer trend of media censorship over the last few years.

Also Read: How 'Beyond Brotherhood' Director Arianne Benedetti Put Panama on the Map

“In Venezuela, everything is political,” Castillo Cottin told TheWrap’s Sharon Waxman as part of the Awards and Foreign Screening Series at the Landmark Theatres in Los Angeles on Nov. 21. “After [Valero] died, nobody talked about him anymore, it’s like he didn’t exist. The fact that we are bringing this story and telling what really happened, this love triangle, no one knew about that. So this is probably something that they don’t want to hear.”

Valero was known for his aggressive, relentless fighting technique and blistering punches. And you can see his instant iconography in gruesome photos of blood dripping down the massive tattoo on his chest of Venezuelan President Hugo Chavez and the flag emblazoned behind him. Producer Nathalie Sal-Shalom said that tattoo in particular sparked a bizarre folk legend in which people wanted to dig up Valero’s grave and remove his tattoo in belief that it was harming Chavez’s health.

“El Inca” performed strongly in the few weeks that it played in theaters, and it has seen success on the international circuit. And in terms of putting pressure on the supreme court, being the country’s official submission to this year’s Oscar race doesn’t hurt. But the filmmakers have found they can speak more openly about Valero in screenings on the road than they can in Venezuela. Still, like Valero, they plan to aggressively take up the fight in their homeland.

“If you’re going to really censor this film, let’s fight about that, and make it public. Say that you’re censoring us,” Castillo Cottin said. “We live there, so we can’t permit these things to happen. We really want to fight for it.”