After a decade of growth and two consecutive years of record-breaking grosses, sales of video games – which at first seemed immune to the Great Recession – are finally falling.

A host of advances and all-new revenue streams are on the horizon, some coming as early as this year, that industry insiders hope could turn things around.

But the beginning of 2010 delivered the industry a body blow of economic reality.

Game sales dropped nearly 9 percent in 2009 from the previous year, dipping to $20.2 billion from $22.11 billion, according to digital entertainment market researchers NPD Group. Then a stellar December – a record sales month, thanks to holiday spending – seemed to be a sign that things were rebounding quickly.

Last month’s sales were off 13 percent from January 2009, according to the NPD Group.

While there was some good news in accessory and controllers sales being up 2 percent, software declined 12 percent and hardware sales took devastating hit, sliding 21 percent from a year before.

Last week Electronic Arts, one of the industry’s largest game publishers, saw share prices hit hard. And layoffs have come to the seemingly untouchable industry: after tough third quarter declines, Activision announced that hundreds of employees would be laid off, and Los Angeles-based game studio Luxoflux would close.

Across-the-board price cuts to the existing Xbox, Wii and PlayStation 3 consoles, meant to stimulate sagging prices, didn’t help the bottom line, either. And some analysts believe supply problems – especially in the case of the Wii – hurt overall sales.

"We attribute a portion of the large decline to lackluster sales of Nintendo hardware," industry watcher Michael 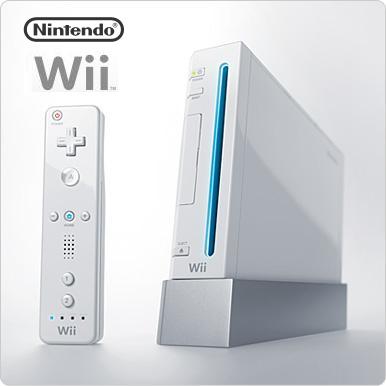 Patcher of Wedbush Morgan said in a note to investors on February 12th, "which we think were caused by supply shortages."

Much of the trend has to do with the decline of the once-roaring music genre – which last year declined 46 percent over 2008, according to NPD.

Despite the release of some big names like “Beatles: RockBand,” the music sector peaked, dragging game sales dramatically down.

On the plus side, downloads from those games continue to surge. Since 2007, over 60 million tunes, ranging in price from 99 cents to $1.99, have been downloaded from “RockBand” and “Guitar Hero” games.

Both Activision and Harmonix are considering adding subscription services and even creating a competitor to iTunes.

The industry holds some promise in other development areas too.

While traditional homebound gaming models are hurting right now, the new outlets of mobile, portable, online and social networking games (like Playfish’s “Who Has The Biggest Brain?”) are actually doing better than ever.

Additionally, Gamefly, the game-rental-by-mail subscription service has seen its profits and membership grow steadily over the last year.

Back in the living room, all is not lost, either.

Almost 60 percent of U.S. households have a videogame console, according to a recent survey by Deloitte (by comparison, approximately 85 percent of households have a home computer; and 99 have a television set). That means there's still plenty of room to grow in a largely generational phenomenon that's already deepening its demographics across the board, from  Millennials and Gen Xers to Baby Boomers – and even those 63 to 75 years old, who marketers have kindly taken to calling “Matures.”

But nothing will spark sales quite like the latest must-have system. Microsoft aims to get a foothold by doing what the Redmond, Wash.-based company has always done best: build upon what’s already there. 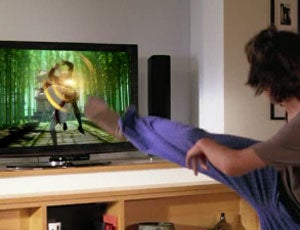 Unlike Sony, which is picking up the Wii baton with its upcoming wand-based Arc Motion Controller this fall, Microsoft is going controller-free with the motion-sensing Natal system (left). Expected to be out by the end of the year, the Natal gives players the ability to control what’s onscreen with mere hand gestures and voice commands.

“Wii delivered games to a whole new audience and many games were designed around the Wii controller functionality; and the same will be for Natal,” Justin Townsend, of in-game ad agency IGA Worldwide, told TheWrap.

Of course, each of these innovations could seem downright quaint once Brain-Computer Interface Technology goes mainstream.

The technology company NeuroSky, manufacturers of the “Star Wars Force Trainer in a partnership with Mattel and Uncle Milton, aims to bring their brain-wave driven ThinkGear to the videogame sphere this year.

“One of the things that has been demonstrated by the success of the Wii,” NeuroSky spokesperson Tansy Brooks told TheWrap, “is people's interest in discovering new ways to interact with technology and to new ways to experience gameplay.”

While still rudimentary in form and application, their licensed technology is truly hands-free, using headset sensors to interpret brain-wave activity and translate it into onscreen action. The MindSet NeuroSky, sold online from its own site, comes with the virtual weight-manipulating “Adventures of NeuroBoy” game.

Besides the obvious medical and educational use of the tech, a profitable part of those possibilities has already gone from video-game potential to production with first-person shooter games; the more focused the player, the better he'll do.

Without giving away any specifics yet, “another approach is to create a game around the technology,” points out Brooks. “For example, a game creates a custom avatar from your individual brainwave patterns, and then you play a number of games like tug-of-war, where you try to concentrate in order to pull your opponent across the finish line.”

Within the industry, what constitutes that finish line also has become a new battlefield in the war for profits.

“In 2010 we will continue to see game publishers evolving to become media and entertainment companies, and with this comes new revenue streams,” notes IGA’s Townsend. “The battle for the living room, be it a PC or a gaming platform such as PS3 or Xbox that dominates, means that many new revenue streams become available and the platform holders to a large degree will be the gatekeepers.”

As that brave new world emerges, established technologies are already building new venues of distribution. Netflix, for instance, has already turned the Xbox and PS3 into a movie-streaming device (Wii is soon to join them).

“Already we have subscribers are both getting their DVDS via the mail and through streaming,” Netflix spokesman Steve Swasey told TheWrap, “and we see that aspect of our business growing, especially as we improve the user interface.”

Which also means the greater the profit for all – and that is the surest form of recovery for the troubled industry.