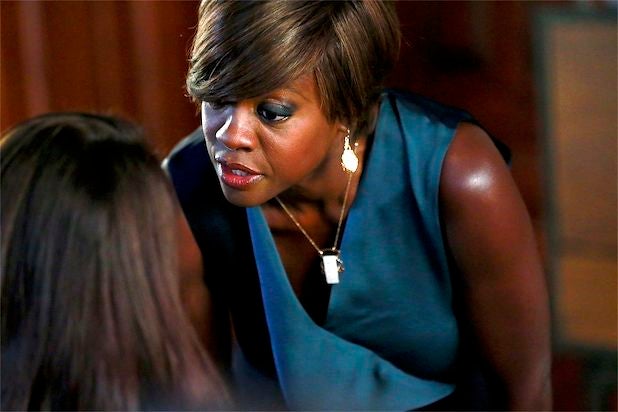 If you’re counting the minutes until Thursday night’s midseason premiere of  “How to Get Away with Murder,”wants you to know this season’s gonna be a doozy.

“I’ll say this, we’re continuing this roller coast ride headed into episode 15 and when that goes down — it will be nothing you’d ever expect,” Davis told TheWrap Thursday during an interview for her film “Lila & Eve,” which costars Jennifer Lopez and premieres Friday at Sundance.

It’s going to be tough to top the first half of the season, which featured sex moves to make your eyes water, voodoo genitalia and one of the best TV lines in recent memory, as Annalise Keating (Davis) calmly turned to her husband Sam (Tom Verica) and asked: “Why is your penis on a dead girl’s phone?”

This season will follow Keating and her gang of law students as they deal with the aftermath of Sam’s murder.

“There are enemies made,” Jack Falahee, who plays Connor Walsh, told TheWrap. “It’s all about how tenuous these relationships become and how to maintain the charade of everyday life while harboring massive secrets. Individually, everyone is going to go through something significant.”

The return of the ABC breakout show is already blowing up social media.

Oh no!!! My sister has my apartment keys and she's at the Mall! I have to meet her and get home by 8:00 for #Scandal and #HTGAWM #dilemma

I'm excited to see what twists @shondarhimes has up her sleeve! #HTGAWM

Yes!!! How to get away with murder starts back up tonight. I feel like I've been waiting forever for this day #HTGAWM

#Scandal and #HTGAWM are Back!!! #TGIT. Bedtime for the kiddos in 2hours. Woot Woot

Excited for the return of #HowToGetAwayWithMurder tonight! Hoping this season isn't quite so confusing and complicated. #HTGAWM

Also, watch a video of Shonda Rhimes‘ best and worst moments of 2014 here.

“How to Get Away with Murder’s” midseason premiere airs on Thursday at 10 p.m. on ABC.