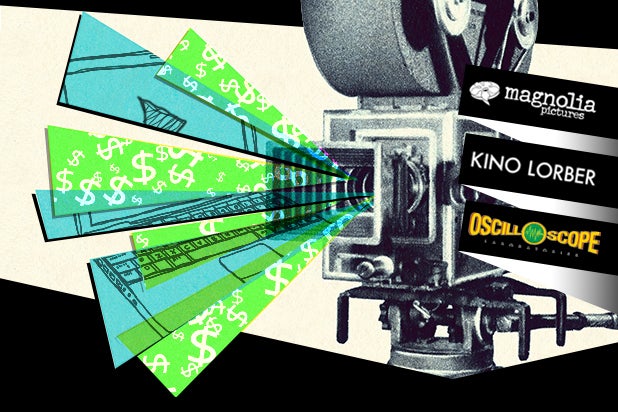 ”It’s not simply survival of the fittest, but it’s the thriving of those theaters that have a sensibility for the best films,“ Kino Lorber CEO says

Whether it’s the Laemmle in Los Angeles or the Music Box in Chicago, your local art house theater has always been there to help preserve the theatrical moviegoing experience. And even before the coronavirus crisis, they depended on a shrinking but loyal audience of movie lovers to stay afloat.

But with theaters shut down, art houses and the indie distributors that have supplied them found an unexpected solution in “virtual cinemas,” something that may change the indie landscape long term.

With virtual cinemas, small-to-midsize distributors are able to release new movies for an at-home audience. And in an unusual show of solidarity and a noncompetitive environment, theaters and distributors alike have agreed to split ticket revenue 50/50.

The model has seen immediate success and has effectively been adopted widely, with at least a half dozen distributors — such as Kino Lorber, Magnolia, Oscilloscope, Greenwich Entertainment, Strand Releasing, Film Movement and more — all offering their newest films through the same virtual cinema model. And with over 300 participating theaters, it’s likely you can support your local theater no matter where you live.

Also Read: How to Stream 'Bacurau,' 'Corpus Christi' and Other Indie Films Through Your Local Art House Theater

It’s given both distributors and exhibitors a much-needed boost in a difficult time. But virtual cinemas create opportunity and a new form of revenue for theaters that were already in need. And some suspect that virtual cinemas will stick around even after the real ones manage to reopen.

“There would be nothing that would make us happier than those theaters reopening and business going back to some semblance of normalcy. Even if that happens, I think that many theaters would want to maintain some aspects of the virtual cinema streaming opportunity for the simple reason that, in the world of independent and art house cinema, films don’t get to stick around very long,” Kino Lorber CEO Richard Lorber told TheWrap. “We’re not pushing that at this point, and there will be time to explore that when theaters reopen, but right now, the smartest of the theaters that we’re dealing with do see the ongoing economic opportunity here.”

Lorber’s distribution house was among the first to adopt the virtual cinema model and earn the participation of a growing number of art house theaters. Its film “Bacurau,” an acclaimed thriller from Brazil that was a prize winner at Cannes, was opening in New York and LA right at the start of the coronavirus shutdowns. But rather than cut their losses, Kino Lorber reached out to the theaters that had already agreed to screen “Bacurau” and asked if they would consider hosting the film via a new platform called Kino Marquee.

Theaters that opt in have a unique landing page created that they can push out to patrons to rent the film directly from them. And those theaters that have taken advantage have mobilized their audience in ways no one would have expected a month ago.

“It’s a Darwinian moment. It’s not simply survival of the fittest, but it’s the thriving of those theaters that have a sensibility for the best films and have a curatorial instinct for the films that their selective customers want,” Lorber said. “Those are the theaters that are able to really activate the base and get their otherwise ticket buying customers to come to the site and buy a ticket.” 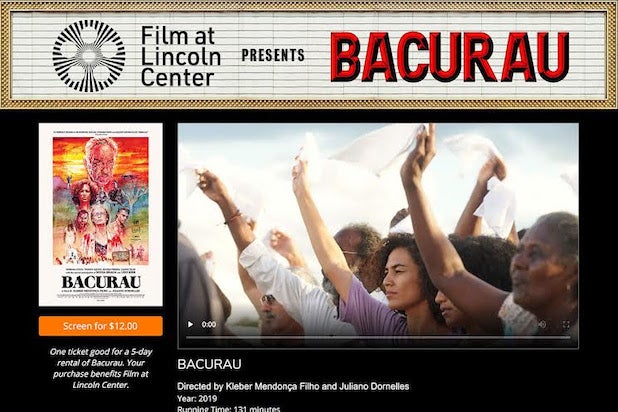 Kino Lorber uses Kino Marquee, which is powered by their internal Kino NOW TVOD platform. But most others use Vimeo OTT, and the process is much the same. Oscilloscope Laboratories launched its virtual cinema at much the same time as Kino Marquee. Its film “Saint Frances” opened at 30 theaters on March 13, only to see all those theaters close by the following Wednesday. But like “Bacurau,” “Saint Frances” ultimately “opened” on far more theaters than would’ve ever been able to physically accommodate the films normally.

In fact, Oscilloscope even took the next step in providing its films to exhibition-adjacent partners, such as nonprofits so that they too could reap the benefits, a model that Neon is emulating with its upcoming digital release of the documentary “Spaceship Earth.”

“When you think about it, a single-screen theater now has the ability to offer limitless titles! We don’t recommend that, of course, but it’s possible,” Oscilloscope’s theatrical booker Andrew Carlin said via email. “This is a model that was born out of necessity, and it will be interesting to see if it evolves into something sustainable.”

Lorber said that “Bacurau” has earned the equivalent of a six-figure performance at the box office in its virtual run, and Carlin says that “Saint Frances” has seen over 10,000 virtual rentals since its release. It’s not what the films might’ve done with a traditional theatrical opening, but then the virtual cinema model didn’t exist a month ago.

“I was really surprised how many people were transacting through these pages. And it’s a testament to the strength of the outreach and the connection to the patrons that these independent theaters have,” Magnolia’s head of distribution and marketing Neal Block said. “They live and die on their personal relationships with the people who come and support them, and this was a way to utilize this and help those theaters. We didn’t start this thinking it was going to make us much money or any money.”

Theaters have seen the benefits in other ways too. Film at Lincoln Center said that it has noticed huge growth on its social platforms and over a million more views on its YouTube channel thanks to screenings and Q&As with filmmakers and talent hosted virtually. The film center even virtually programmed Béla Tarr’s seven-and-a-half-hour saga “Satantango,” something it never would have gotten the chance to screen under normal circumstances.

“We’ve seen this tremendous increase and the stats that we have about engagement on all of our platforms, social media and digital platforms for the past five or six weeks has just been astronomical,” Film at Lincoln Center’s deputy executive director Eugene Hernandez said.

Lesli Klainberg, Film at Lincoln Center’s executive director, said that the pandemic has made distributors and exhibitors more open-minded about VOD.

What exhibitors have made abundantly clear from the beginning, however, has been the need to preserve the theatrical experience. Ashley Clark, Brooklyn Academy of Music’s director of film programming, said he wanted to keep BAM’s typical schedule of Friday to Thursday for a film’s run, with a potential for holdover. He explained that even before the pandemic, there were no shortage of options available. So while theaters can offer unlimited virtual options, a carefully curated program of films is key to keeping the physical space sacred.

“We didn’t want to pivot into a space of just put things online willy-nilly,” Clark said.

BAM was forced to cancel two months of film programming that took months to set up, as well as its planned BAM Cinemafest in June. So while the organization has been able to take advantage of virtual Q&As with “Bacurau” star Udo Kier, some things have proved impossible to re-create.

“We can do certain standalone events, but the question of repertory programs, which include prints imported from different parts of the world, screening on film, screening on 16 or 35mm film, which is still an important part of what we do, that’s something you cannot replicate online,” Clark said.

“One of the biggest challenges was to make the theaters comfortable with the fact that this is not a Trojan Horse that the forces of VOD are coming to invade their screens and steal their audiences and basically convert everybody to watch Netflix,” Lorber said. “Here’s a way for them to recapture some of that VOD income for themselves rather than foregoing it or having been disintermediated by the streaming services.” 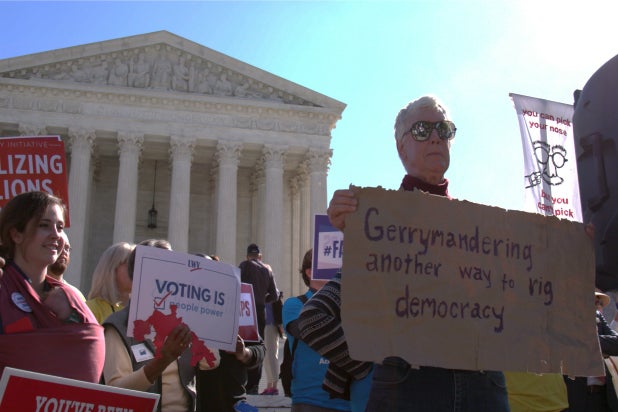 Distributors though have their own tough choices ahead. Most distributors have already released the films that were already in release or about to be released. So do they choose to continue releasing films virtually should shutdowns continue? If they delay the release of more titles and if cinemas do open again, what movies will exhibitors have to choose from?

One of Kino Lobrer’s tentpole summer releases, the documentary “Capital in the Twenty-First Century,” was already announced it will now be native to virtual cinema. That makes nine films currently on the platform and another 10 to 12 scheduled to roll out over the next six to eight weeks.

“We took a deep breath and decided to do it virtually because we thought it was timely, and we didn’t want to risk waiting until July or September or even October, where once theaters do open, there’s going to be a massive traffic jam,” Lorber said.

Magnolia has only released three films virtually, most recently its political documentary “Slay the Dragon.” The distributor will next offer repertory titles for virtual release just as IFC Films has announced, but the rest of the first-run slate remains up in the air.

“I want to preserve a theatrical experience for every film on our calendar. This would be something that we have to do, not necessarily something that we would necessarily choose to do,” Block said. “It all depends on when theaters reopen and when people are ready to go back to the movies. Those things will decide for us.”

What’s more, distributors have traditionally done platform releases starting in New York and Los Angeles, then expanding wider. If theaters open in the middle of the country first as theaters in major cities remain closed, what does that mean for how a movie will rollout? And if theaters big and small do reopen, it may be the indies that are most poised to supply theaters with content.

“I think New York and L.A. will open last, and what does that mean for distributors like us who do standard, platform theatrical releases where we open in New York and L.A. like a typical platform release?” Block said. “This could turn that whole concept on its head.”

While it’s too early to say exactly how distribution may evolve, exhibitors and distributors alike are certain it won’t look the way it did before.

“It’s been an interesting moment. We’ve come together in a moment of necessity. We’ve pooled resources, and we’ve looked at ways to mitigate this with a long term understanding that we want to be back in the cinema space; we want to be projecting films to crowds,” Clark said. “But we also understand that what came before is not going to be the same again.”