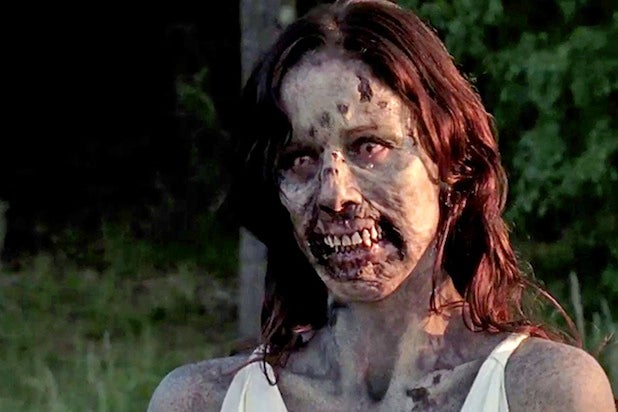 AMC has renewed its hit zombie drama “The Walking Dead” for a fifth season.

The series has been a ratings bonanza for the network, returning for its fourth season premiere earlier this month with 20.2 million total viewers in Live + 3 Day ratings. Among those viewers, 13.2 million were in the advertiser-cherished 18-49 demographic.

AMC president Charlie Collier acknowledged that the renewal was a no-brainer.

“We are very happy to make what has to be one of the most anti-climactic renewal announcements ever:  ‘The Walking Dead’ is renewed for a fifth season,” Collier said in a statement. “This is a show that has erased traditional distinctions between cable and broadcast. Its expanding base of passionate fans has grown every season, most recently – and most notably – with the season four premiere earlier this month, which broke viewership records for the series and became the biggest non-sports telecast in cable history.”

Also read: ‘The Walking Dead': R.I.P., Whatever Your Name Was

The series, which has seen its share of showrunner shakeups, will continue with Scott Gimple, who came aboard earlier this year, for the fifth season.

AMC is also developing a “Walking Dead” companion series, to be executive produced by “Dead” crew Robert Kirkman, Gale Anne Hurd and David Alpert, which is expected to premiere in 2015.