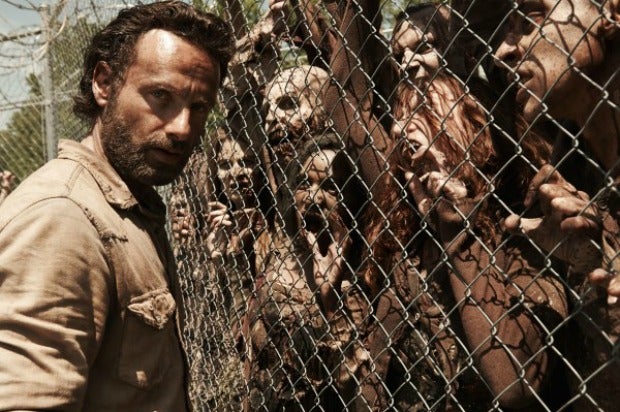 “The Walking Dead” is still going strong, racking up 12.9 million viewers Sunday despite competition from the NFL and the World Series. It beat both “Sunday Night Football” and the series in the key demographic, though both beat it in total viewers.

The show earned 8.6 million in the key 18-49 demographic  for a 6.8 rating, better than the 5.6 for “Sunday Night Football,” TV’s top show, or baseball, which had a 4.4. But NFL overrun of the Denver Broncos-Washington Redskins game on Fox did outscore the AMC zombie drama with a 7.8.

The football and baseball numbers may change, because live sports are notoriously tricky to track.