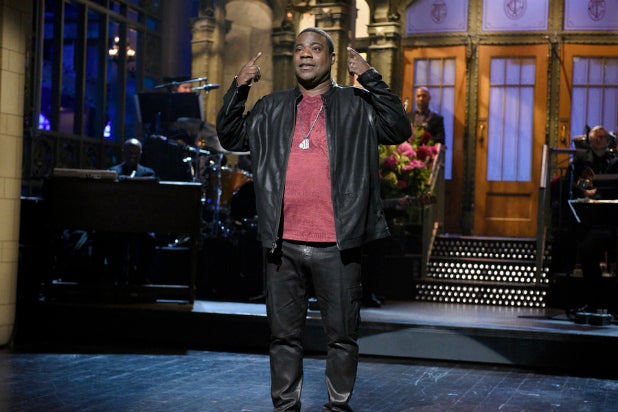 A New Jersey grand jury has indicted the driver of the Walmart truck who caused the 2014 fatal crash involving Tracy Morgan.

Roper was not in court on Wednesday to hear the grand jury’s decision, however. He could serve a sentence of 10 to 30 years if found guilty.

The fatal accident occurred on the New Jersey Turnpike in June 2014, leaving Morgan in a coma and killing his friend James McNair. The pair of comedians was heading home in a limousine after performing at a casino in Delaware.

In August, the National Transportation Safety Board determined that Roper hadn’t slept during the 28 hours preceding the crash, although his attorney David Glassman has called that assertion “factually wrong.”

Also Read: Tracy Morgan Gets Teary Over Post-Accident Recovery: 'I Wasn't in a Good Place'

“30 Rock” star Morgan appeared on “Barbara Walters Presents: 10 Most Fascinating People 2015” last Friday and told the news veteran why he thought he survived the terrible accident.

“Maybe He [God] kept me here to raise my daughter, to raise my family. My new wife,” he told Walters.

Morgan also reflected on the toll that the accident took on his then-fiancée Megan Wollover, whom he married in August of this year.

“Lord knows what it must have been [like] for her to get that phone call at 6 in the morning about her fiance and the father of her child,” Morgan offered. “Lord knows what she went through. And one day she came all the way back to our house to get some fresh clothes, and the phone rang and the nurse said, ‘He’s up, and he asked for you.'”