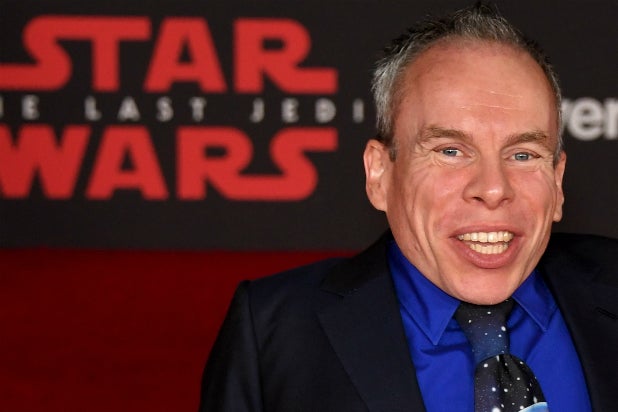 Warwick Davis, best known for playing the Ewok Wicket in “Return of the Jedi” and starring in “Willow,” blasted Twitter on Sunday night after the social media network didn’t respond to his reports of abuse and not removing an “offensive” tweet from his timeline.

The tweet, from a user whose name he redacted, mocked the short-statured actor for having a “full midget family” and included a photo of the actor with his wife and two children.

Davis responded angrily, not just to the user. He blamed Twitter for not clamping down on abusive behavior. “Even after reporting twice, and explaining how offensive the word ‘midget’ is to many short statured individuals, they continue to allow the Tweet below to remain on the users timeline,” he wrote.

The actor will return to the “Star Wars” universe with an unnamed role in the upcoming Han Solo movie. There, he will be reunited with “Willow” director Ron Howard, who retweeted Davis’ message to Twitter.

In addition to his roles in “Return of the Jedi” and “Willow,” Davis also starred in the titular role in “Leprechaun” and has been featured in several “Harry Potter” movies, and had a small role in the “Star Wars: Episode I – The Phantom Menace.”

.@Twitter is supposed to have clamped down on abusive behaviour on their platform. However, even after reporting twice, and explaining how offensive the word ‘midget’ is to many short statured individuals, they continue to allow the Tweet below to remain on the users timeline. pic.twitter.com/BnQczdyqGM