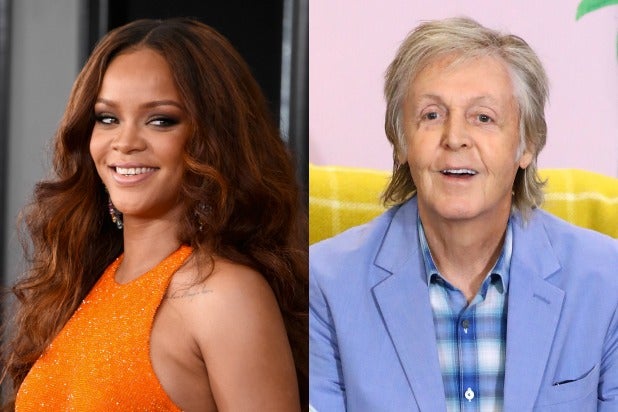 If a fear of flying has stopped you from air travel, witnessing a chance reunion of Rihanna and Paul McCartney aboard a post-Thanksgiving flight just might have compelled you to tough it out.

In a video posted to her Instagram Stories on Friday, Rihanna filmed her unexpected midair reunion with McCartney, whom she last worked with in 2015.

“I’m about to put you on blast, Mr. McCartney,” Rihanna said, captioning her video with the hashtag #RihUnion. “How are you on my flight?”

“What’s going on here? Who is this filming me?” McCartney responded, as he stood by Rihanna’s seat.

“Who is this peasant filming this legend?” Rihanna laughed.

You can check it out below.

The two icons last collaborated on “FourFiveSeconds,” the 2015 hit that also featured Kanye West. Since then, Rihanna released her 2016 album “Anti” and launched her luxury beauty and fashion line, Fenty, with LVMH, making her the first woman of color with an LVMH label and the first woman to start an original luxury brand for the group.

McCartney released “Pure McCartney,” a career-spanning album of his solo work in 2016. He’s since made appearances on “Saturday Night Live” and in “Pirates of the Caribbean: Dead Men Tell No Tales,” released two new singles, and wrote a children’s book in 2018.

As for next year, the Beatles star is continuing his “Freshen Up” tour with performances across Europe.