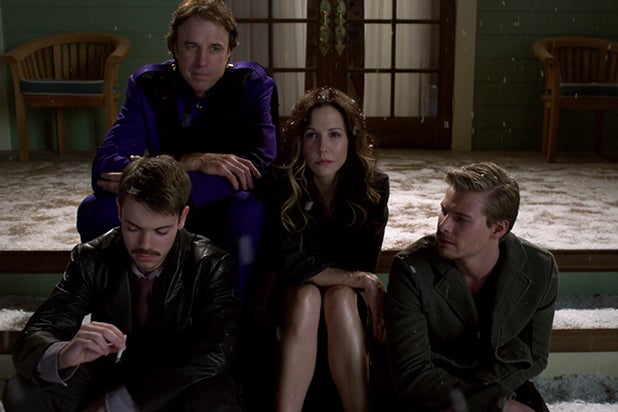 Starz is in development on a sequel series to Showtime’s pot comedy “Weeds,” with Mary-Louise Parker attached to return as Nancy Botwin.

The series would pick up with the Botwin family 10 years after the end of the show during the era of marijuana legalization.

“We’re thrilled to be back in business with series star and producer Mary Louise Parker on what we’re calling ‘Weeds 4.20,’ already in active development at Starz, as we prepare a comprehensive and integrated rollout for one of television’s most beloved properties,” Lionsgate CEO Jon Feltheimer said during the company’s earnings call on Thursday.

Feltheimer added that Lionsgate will take “Weeds” and “Mad Men” to the global syndication marketplace next year.

“Weeds,” which was created by Jenji Kohan, also starred Hunter Parrish, Alexander Gould, Justin Kirk, Elizabeth Perkins and Kevin Nealon. Along with series like “Dexter,” “Californication” and “Nurse Jackie,” it was part of the pay cable network’s initial rise as an original series player.