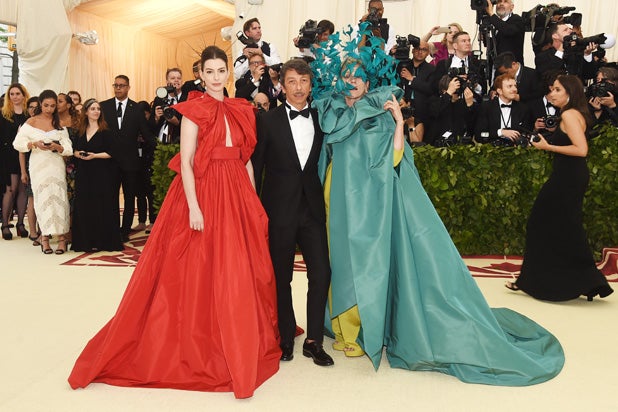 The biggest event on the Manhattan social diary is currently underway, but what exactly is the Met Gala?

The annual Costume Institute exhibit is curated by Andrew Bolton, and watched over with an iron clutch by Vogue editor and Conde Nast creative director Anna Wintour.

This year’s theme is “Heavenly Bodies: Fashion and the Catholic Imagination,” and the star-filled event is hosted by Rihanna, Amal Clooney, Donatella Versace, Wintour, and Stephen and Christine Schwartzman.

Yes, the Met Gala is a fundraiser held the first Monday of every May. But it’s so much more.

Celebrities of all walks gather at the event, where the museum stairs are draped in luxurious carpet and lush floral displays decorate the iconic museum.

Not all who attend have to shell out the steep entry price. Designers and brands will often buy entire tables and invite bold names as their guests, who in turn wear their goods on the red carpet.

Speaking of which, the two-hour red carpet leading up to the event has become a must-see in recent years — garnering the kind of groundswell and attention usually reserved for the Academy Awards.

Events like these justify the validity of FOMO (fear of missing out), but rest assured — sometimes things don’t go according to plan, even at the Met Gala. But hopefully no one ever tries to rob it, as portrayed in the upcoming “Ocean’s 8” movie.