Is it just me, or did this season of “RuPaul’s Drag Race” feel lackluster?

It’s always tough to judge an episode of the hit reality competition show, as an audience member and fan. There’s so much to love about something that celebrates those who are competing for fame and greatness, and that attempts to educate those outside the LGBTQ+ community. It’s a reality show that pokes fun at other reality shows while also being genuine, inspirational, and actually rewarding to those who do well.

That being said, there was something that was missing in Season 9 and I’ve been trying to figure it out. “Drag Race” continues to be everything it has been over 11 seasons (nine regular and two all-star editions). Season 9 doubled down on the educational aspect, letting the older drag queens tell their stories about coming to terms with their queerness. It also gave us even more quotable lines, runway fashions, and queens who have already become stars. But there were choices made throughout that were befuddling and sometimes even anger-inducing.

Also Read: Behind that Solemn 'RuPaul's Drag Race' Elimination and Why The Queen Could Come Back (Spoilers)

The first episode wasn’t an episode at all

We all gagged when we found out that Lady Gaga was going to be a guest judge in the first episode and everything looked to be going according to plan. She walked in with the contestants, disguised as a Lady Gaga impersonator, and all the contestants freaked out. RuPaul then announced that the first runway would be partially inspired by Gaga, which meant we got some fantastic looks.

But something was missing. First, the runway didn’t take place on the main stage. Second, Ru didn’t even do drag. Third, nobody got eliminated. Instead, the episode ended on the cliffhanger ready to introduce the secret 14th queen. There were no stakes and no lip syncs, and nothing about the competition progressed. We were introduced to the queens in the beginning, but it became less about the contestants or even RuPaul than it was about the superstar in their midst.

It was less an episode of “Drag Race” than a VH1 tribute to Lady Gaga, and it was frustrating. The audience had to wait an extra week to find out if anything really happened.

This isn’t on Gaga. She’s a great guest judge who genuinely cares about the contestants and freaks out just enough at the queens wearing her outfits. 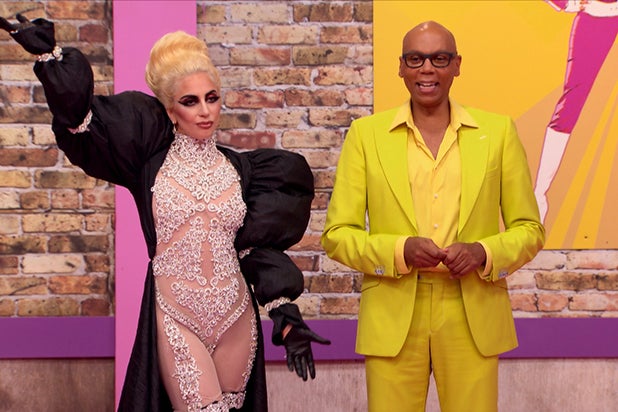 The show has been slowly doing away with the mini challenges. These one-off, ridiculous challenges often don’t result in a prize and can stretch out an episode — something that was clearly an issue this season as each episode struggled to remain within the time limit.

We loved them anyway.

This season featured one mini challenge outside the ones that show up every season, such as the “Library is Open” reading challenge and “Puppets,” and it involved the queens taking selfies with the Pit Crew. I didn’t even remember it occurred until I was watching a recap recently.

The mini challenges are ultimately useless, so I understand cutting them for time. But as an audience member, I liked seeing the queens think on their toes. We got to watch them let loose, be silly, and get in half drag. They didn’t have to be glamorous. They just had to make RuPaul laugh and get out some sexual tension when it came to the Pit Crew.

Where did they go? I forgot they even added two new Pit Crew members. Did you know that? Did Jason just become too charming to put onscreen? What happened? They were in less than half the episodes.

The half-naked men who have been standing stoically around RuPaul since Season 1, helping the contestants with their challenges and providing a dose of eye candy, were a welcome addition. Without them around, it just doesn’t feel like “Drag Race.”

The drama became all about Valentina

Yes, we love it when the queens become sisters, but this isn’t “RuPaul’s Best Friends’ Race.” From an audience perspective, we need the drama to build suspense and to create character arcs. It turns “Drag Race” from just a competition into a show with people we can relate to and root for.

It looked like the producers were looking to build up a Eureka/Trinity rivalry, but Eureka going home due to an injury left a hole that needed to be filled. Playing up Nina Bo’Nina Brown’s struggle with depression, self-doubt and paranoia was the wrong way to inject drama. It rattled the other contestants, but was mostly just sad to watch. You felt for Nina not being able to connect or get over her troubles, but over multiple episodes, seeing the other contestants become angry was just uncomfortable.

Then of course, there’s the post-show drama that is Valentina, who not only delivered one of the worst lip syncs in the show’s history (more on this later), but also had fans who apparently came after the other contestants on social media. This made for an intense, drama-filled, intimate reunion for the first time in multiple seasons, but it ultimately came off as mean-spirited.

No matter who wins this season, it became about Valentina and about anger towards Valentina, and that doesn’t sit right for a show that’s about uplifting the drag community.

Too many one-sided lip syncs

There were two competitive lip sync throughout all of Season 9: the disco, high-energy “Macho Man” and “Finally,” when Aja and Nina simultaneously leaned into the song. Everything else felt one-sided. Even when we’re not talking about Valentina not knowing the words to Ariana Grande’s “Greedy” (which only has like seven lyrics) or Charlie Hides swaying and clapping like my grandma at a bat mitzvah, the lip syncs were underwhelming.

It’s sad to see a contestant give up when they had so much potential, or just not even try. That happened multiple times throughout the season. Kimora couldn’t put any energy into her “Holding Out For a Hero” lip sync and just watched Aja the entire time. And in Nina’s final moment in the bottom two, she gave up and let Shea continue on.

This isn’t a reflection on contestants themselves, who are all super talented in their own ways, but seeing so many non-competitive lip syncs in one season makes you question how many of them wanted to be there. Thinking about them just puts a cap on a lackluster season that was defined by anger, sadness, and a lot of missing pieces. Here’s to Season 10.

Liza Minelli It's shocking that a drag queen hadn't attempted Liza before the Season 9 "Snatch Game." Other gay icons have gotten the impersonation treatment multiple times -- Cher and Lady Gaga for starters -- but Liza? No takers? We're glad the first try was done by Alexis Michelle, who clearly reveres the superstar. Her theater training didn't always shine throughout the season, but it didn't get any more clear than this.
View In Gallery
x