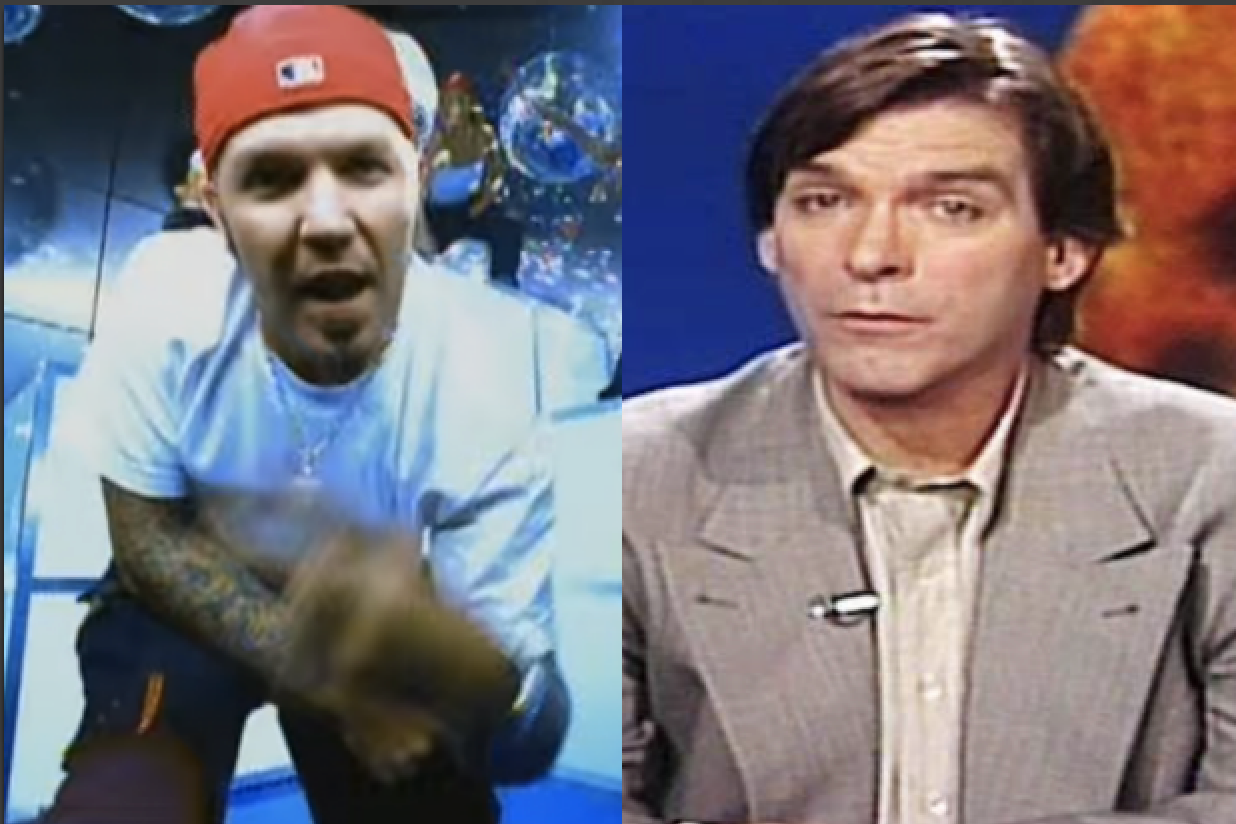 Limp Bizkit singer Fred Durst’s onstage behavior at Woodstock ’99 led to years of accusations that he had incited horrific behavior from the crowd — and one of Durst’s leading critics was MTV’s voice of reason, Kurt Loder. How Woodstock ’99 became a disaster is the focus of our latest “Shoot This Now” podcast, which you can listen to on Apple or right here:

Woodstock ’99 was marked by rioting, fires, and accusations of sexual assault. If the recent Fyre Festival documentaries on Netflix and Hulu made you think Fyre was as bad as a festival could get, think again.

“There was a hateful, hostile [feeling] coming off the crowd in waves — kids were throwing bottles at each other and at security guards and stagehands. It was just ugly and out of control, and Fred Durst just exploited that and jacked it up,” Loder told Entertainment Weekly.

Durst told the Washington Post that he and Limp Bizkit were unfairly blamed: “They needed someone to point the finger at. They needed a scapegoat.”

One rape was reported to have occurred in the mosh pit during Limp Bizkit’s set, something Durst found horrifying. He noted that Limp Bizkit bore no responsibility for the massive fires that broke out during the Red Hot Chili Peppers set, during what was supposed to be a peaceful candlelit vigil. The fires followed days of frustration over heat, high prices for food and water, and living conditions that included toilet water seeping out onto the grounds.

Durst later told LouderSound he was surprised by Loder’s criticisms during the festival: “Kurt Loder was on TV talking shit about us and we couldn’t believe it.”

The criticism added to the band’s notoriety, and record sales. Limp Bizkit’s 1999 album “Significant Other” returned to Billboard’s top spot after Woodstock ’99. The video for the band’s “Re-Arranged” even shows the band tried, convicted and executed for inciting a riot.

On every episode of “Shoot This Now,” we talk about stories that should be made into movies. We think the story of Woodstock ’99 needs to be told because the dumb entitled rage of Woodstock ’99 grimly foreshadowed the rage now playing out in American politics.

Red hat aside, Durst is not a MAGA guy. Last year, he used Twitter to ask Donald Trump to be better:

Please sir, just stop this manipulation and raise the bar. You have this wonderful opportunity to make our world better. We unmistakably need a role model and leader for the now, and the future. This isn’t the way.

Durst is now a filmmaker, whose latest film, “Moose,” stars John Travolta. It’s reportedly drawn from Durst’s own experience with an obsessive fan.

But we think his Woodstock ’99 experience — with thousands of crazed fans — deserves a movie, too.

Maybe someday Durst will make a Woodstock ’99 drama — or give someone else the music rights so they can tell a complete and many-sided story. We find him and Loder very compelling, for very different reasons.