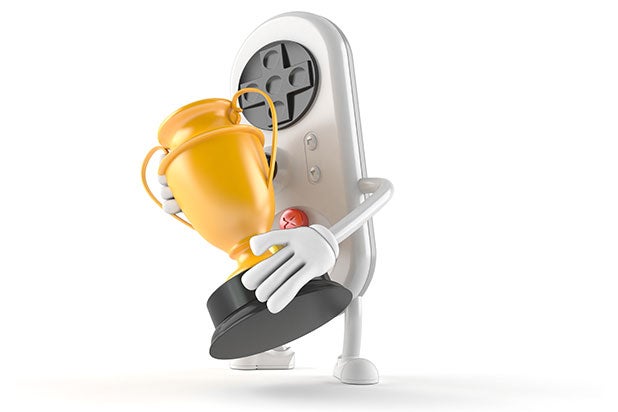 This summer, TV viewers tuned in to the Olympic Games in Rio to watch the world’s best athletes compete. But another type of live sporting event is becoming increasingly popular among twentysomething males: eSports.

If you think this is an obscure niche, then think again. eSports is already a global phenomenon. According to Newzoo, worldwide in 2015, there were an estimated 113 million eSports enthusiasts (those who watch or play more than once a month) and an estimated 147 million occasional viewers (those who watch less than once a month). Through 2017, growth in viewership and participation is projected at approximately 14 percent per year.

Given eSports’ transformation from niche interest to mass phenomenon, we believe eSports is poised to become the next UFC — and traditional media companies need to identify how they can use this to their advantage. In 1993, UFC, like eSports, began as a niche offering, and few traditional media companies even considered carrying it. UFC expanded its fan base significantly in the ensuing years, paving the way for a consortium led by WME-IMG to purchase the company for $4 billion. UFC is proof that niche entertainment that goes mainstream is a source of the tremendous value.

Although eSports has had a strong presence in Asia for many years, it is only now emerging as a multimillion-dollar industry in North America, with revenues reaching $138 million as of 2015, as evidenced in the figure below.

More than 80 percent of these revenues come from corporate sponsorships, which means advertisers are targeting the eSports viewer, who is 21 to 35 years old and male — a member of the elusive young male segment. Ticket sales and merchandise together account for 11 percent of revenues, but this figure will grow as attendance expands. 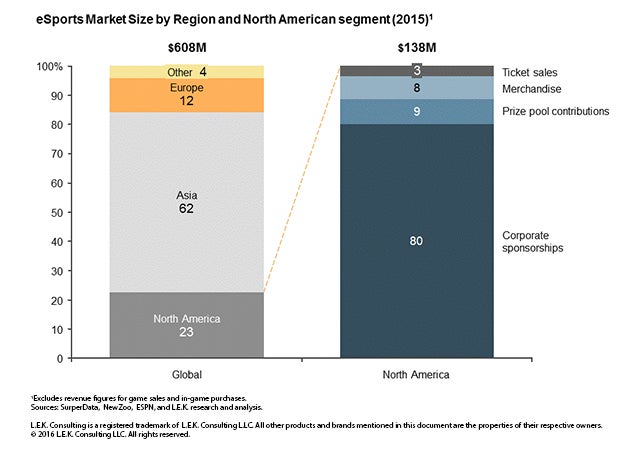 Major eSports tournaments’ viewership rates and attendance are comparable to those of major sporting events, as shown in the next figure. For example, in 2015, League of Legends World Championship drew approximately 36 million viewers, whereas the BCS National Championship, NCAA Final Four and NBA Finals each drew less than 30 million viewers. Granted, the BCS, NCAA and NBA figures include viewership in the U.S. only, but the number for eSports undeniably points to a tremendous following that continues to grow. 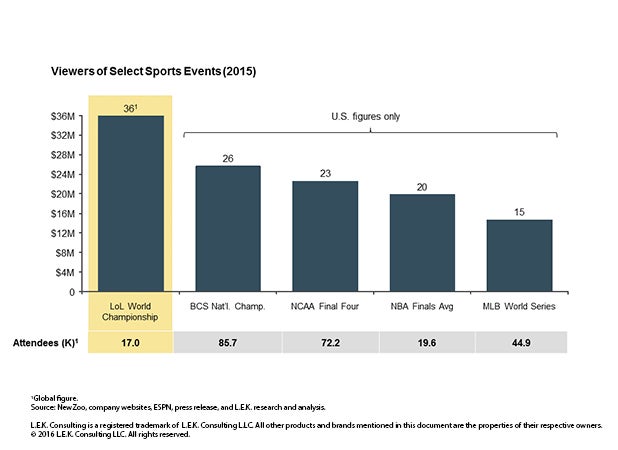 The impressive attendance rates at live eSports events will also continue to expand. Arena tickets regularly sell out in a matter of hours, if not faster: All 17,000 tickets for the final event of the League of Legends World Championship sold out quickly. Prize pools of professional eSports tournaments such as the International now rival — and sometimes far exceed — those of traditional sports tournaments. For example, in 2015, the International’s prize pool was more than $18 million, compared to the PGA Championship’s $10 million.

Clearly, eSports is big money, and the closer it gets to being on par with more established, traditional sports, the bigger it will get. Traditional media companies should use the eSports craze to their benefit. But how?

In our next post, we will describe the eSports value chain and review some of the most popular games out there.

This is Part 1 in a series on eSports by Dan Schechter, Gil Moran and Francesco Di Ianni from L.E.K. Consulting’s Media & Entertainment consulting practice.