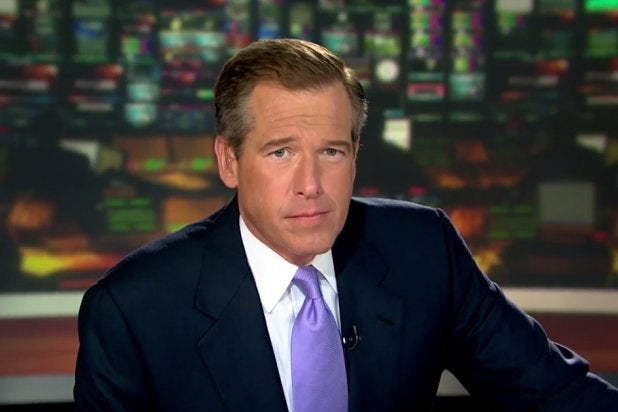 The news cycle this past week was dominated by the revelation that Brian Williams, a top NBC News personality, admitted to Stars and Stripes that he fabricated a tale of being shot at while in a helicopter he was never on.

When confronted by the reporter who broke this story, Williams replied “I don’t know what screwed up in my mind that caused me to conflate one aircraft with another.”

Any adult can attest to moments our minds have played tricks on us. If there is one constant in the military, it is the tendency for both those who have and have not seen combat to embellish details to craft a more artful story. Some of us are even burdened with the Herculean task of trying to forget things we’d rather not remember -- never mind retell -- like the death of friends and colleagues. It is no laughing matter.

Self-aggrandizement is common enough in Washington, D.C. and Hollywood, a curious wonderland of mirrors I have called home at one time or another over the past three decades. One would be hard pressed to find anyone working in politics or the media itself that wouldn’t bend a rule or polish a detail or two. Typically, self-aggrandizement is amusing enough if outweighed by other positive character traits. There is no doubt Williams is a forceful on-air personality, a skilled orator and an intrepid reporter. He is also, by all appearances, a liar. That is not a redeemable character trait, in any context.

As someone who never set out to serve in the Iraq War and ended up supporting operations across Asia, Africa and the Middle East, I have my own mixed feelings about the coverage of our military at home and abroad. Americans, of all races, gay, straight, lesbian, bi-curious, and transgender, are engaged in a global struggle against cunning, deceitful enemies who would like very much to destroy our way of life. This is not in dispute. What is often in dispute are events, and it is the job of the media to behave objectively.

There are many men and women that stand ready to visit violence upon our enemies. So why would we tolerate the theft of their honor? The answer is self-evident. We should never allow ourselves, as a citizenry, to stare so long into the abyss that we become one with the darkness. While it is necessary, indeed just at times, to fight fire with fire, we needn’t become what repulses us as a nation. Our integrity requires this. Equally important, the integrity of the reporting requires this. It is, as they say in the military, a zero-fail mission.

We may never know what compelled Williams to embellish his already impressive resume with tall tales of peering down the barrels of rocket propelled grenades, getting into staring contests with the ruthless and bloodthirsty foot soldiers of Lebanese Hezbollah, or taking enemy fire in a helicopter he was not aboard. But one thing is for certain -- after a decade plus of war, we must hold all journalists, whether they be top flight anchors or the greenest stringer, to a higher standard. We owe ourselves that much.

The fallen, who come from all walks of life and may never earn a respite, deserve at least that much.

Anderson Cooper, Lara Logan and Brian Williams are up there -- but who ranks No. 1?

Scott Pelley, "CBS Evening News" Q Score: 19
View In Gallery
BIO Robert Caruso
Robert Caruso served in the Bush and Obama administrations in the United States Navy, Office of the Secretary of Defense, and the Department of State and grew up in Southern California. He has contributed to Reuters and the Boston Globe and splits his time between consulting and serving on various advisory boards in Washington, D.C. and Massachusetts.

Robert Caruso served in the Bush and Obama administrations in the United States Navy, Office of the Secretary of Defense, and the Department of State and grew up in Southern California. He has contributed to Reuters and the Boston Globe and splits his time between consulting and serving on various advisory boards in Washington, D.C. and Massachusetts.
x
Looks like you're enjoying reading