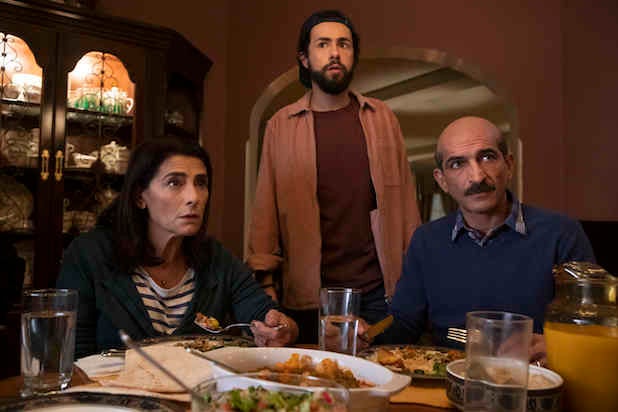 Ramy Youssef says that the first time his mom watched his new Hulu show “Ramy,” she was shocked: Was this show supposed to represent a typical Muslim home?

He told his mother the show was called “Ramy” because it was strictly about his experience.

“I didn’t want to claim at any point that I was speaking for anyone other than myself,” the New Jersey comedian told TheWrap. “This is just one type of Arab Muslim family. We have different food and different experiences from other Arabs.”

“Ramy” follows an Egyptian-American millennial named Ramy Hassan and played by Youssef. He lives at home with his religious parents while also trying to go on dates at hookah bars and hang out with his friends. Each episode focuses on moments when Hassan’s two worlds collide.

The show focuses unflinchingly on unpredictable cultural clashes. Early on in the series, Hassan’s friends (played by Steve Way, Mohammed Amer and Dave Merheje) criticize him for only sleeping with non-Muslim white women.

But the reason is complicated: He knows he’s expected to marry someone of the Muslim faith eventually, so being with a Muslim women feels high-stakes in a way that his flings with other women don’t.

“I wanted to see the way we stereotype ourselves,” Youssef said. “The reason why a lot of this show touches on sex is because it’s something we avoid talking about. We end up not being with our own people. Are we only putting people in our culture in the marriage category?”

Youssef said he felt confident about his story, but also dealt with the fear that it wouldn’t work.

“It’s like so much of this show is me shedding preconceived notions that I have about what I should be doing or what my community is prepared for,” Youssef said. “It was an emotional battle.”

Youssef is excited about the premiere of the show, but he has no expectations. He spent years honing his story through his standup comedy.

And if Hulu is up for a Season 2, he says, there’s much more story to tell.

“I’m not waiting idly. I’m ready. We’ve only scratched the surface,” he said.

Check out the trailer for “Ramy” here.