It wasn’t long after the massive, viral success of “Pokemon Go” that the company’s developer, Niantic, announced plans to make another game about an even bigger pop culture sensation: “Harry Potter: Wizards Unite.”

That game is finally here after over a two-year wait, launching in iPhone and Android app stores on Friday. And with the same gameplay that combines location-based journeying through the real world and augmented reality (AR) technology, it stands to reason the game could be just as huge of a sensation.

But whereas the global fad of “Pokemon Go” eventually died down, can “Harry Potter: Wizards Unite” cast a powerful enough spell on gamers everywhere before vanishing? 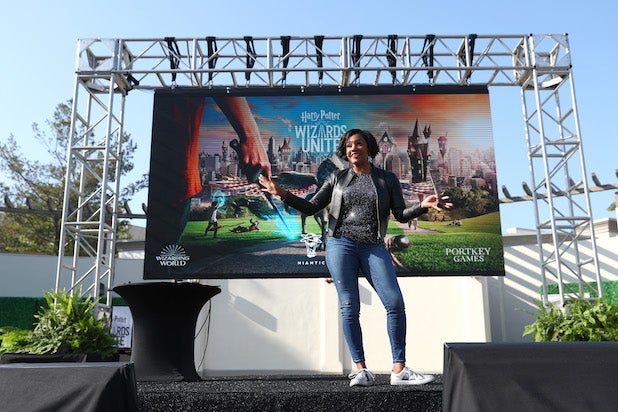 TheWrap got the chance to preview “Wizards Unite” at an event hosted by Tiffany Haddish at Universal Studios on Tuesday, and it’s clear Niantic and co-developer and co-publisher WB Games have loaded the game with features right out of the gate…or Portkey if you prefer.

“We’ve taken a lot of the stuff from ‘Go’ that has added depth to the game and kept people engaged for all these years and we’ve added that from Day 1,” Niantic CEO John Hanke said in an interview with TheWrap Tuesday. “You work for two years to launch a product, and the team doesn’t get smaller, it gets bigger. You keep evolving the game as you go forward.”

One of the failings upon “Pokemon Go’s” initial launch was the lack of variety that is now a staple of the game. It wasn’t until years after the initial launch in 2016 that players could finally add friends, trade with other users, battle in community raids and events or earn rewards for completing daily tasks.

“Harry Potter: Wizards Unite” however is packed with more features and magical creatures than Newt Scamander’s suitcase. In addition to being able to explore the world interacting with collectible icons, resources and landmarks, players can immediately battle enemy wizards in five-person team battles, add friends and complete daily tasks. 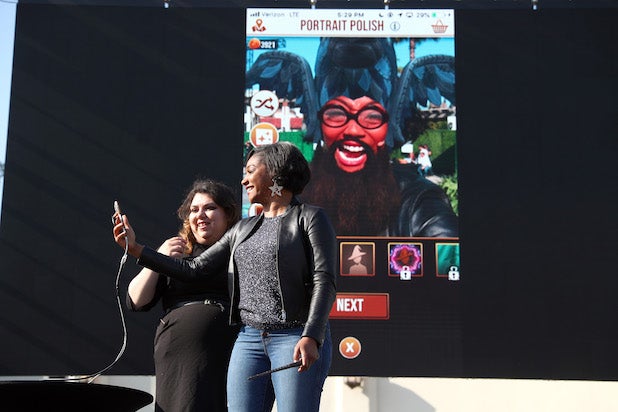 The game’s AR functionality is also improved from “Pokemon Go” and is much more integral to the gameplay (though you can still turn it off during encounters if you choose). For instance, when the game begins, you can take a Passport photo that creates Harry Potter-themed, Snapchat style filters to give you glasses, lightning bolt scars, house scarves, beards, pointy wizard hats and more that you can unlock.

Gameplay wise, unlocking a Portkey also requires you to place the portal in the real world via the AR camera and step through the portal into a virtual space. But being able to share your meme-ready photos and encounters via social media has also been streamlined.

“Our understanding of how people want to use AR and what makes it interesting to them has evolved a great amount since we launched ‘Pokemon Go.” AR is fun in gameplay, but people also love it perhaps more so that they can share that experience out,” Hanke said. “We at Niantic have a bunch of advanced AR technology that’s not yet in ‘Harry Potter: Wizards Unite.’ Some is, but not all of it. So we have features that we want to build out of tech that’s coming out of our R&D lab into the game. That will add some sizzle to the product in the months ahead.”

Hanke also teased that “Harry Potter: Wizards Unite” is likely to have the same sort of international events, like this month’s annual Pokemon Go Fest in Chicago, announced in the coming months. And while he couldn’t give specifics, he told TheWrap that the regional exclusives that have added a wrinkle to “Pokemon Go” for international players might also make sense for “Wizards Unite” down the line.

In the game, you play as a wizard protecting the Muggle world from evil forces that threaten to expose magical creatures and wizards to non-magical people. Your phone functions as a way to view invading magical forces, called “Foundables,” and send them packing. 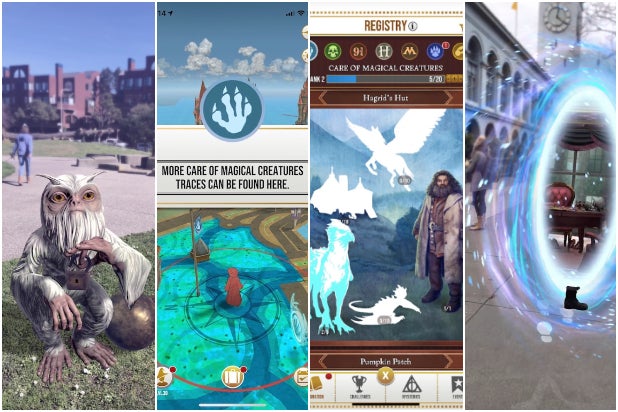 The app works just like “Pokemon Go.” Scrolling through daily tasks, adding friends or pulling up menu screens all share a similar design, and “Wizards Unite” even opens with the same disclaimer warnings to not play the game while driving or trespass into places you’re not supposed to be while playing.

And like “Go,” players are placed on a virtual map that mirrors your real surroundings. Players are then motivated to walk around the world and interact with icons that can trigger magical encounters, “inns” and “greenhouses” that can replenish your energy or provide resources and “fortresses” that allow you to engage in battles and complete timed challenges.

Once you encounter a Foundable, you trace your finger in a path across your screen that casts a spell and will free the magical creature. Then anything you rescue will appear in a scrapbook that provides upgrades and rewards the more entries you complete.

“Wizards Unite” undeniably has a lot of similarities to “Pokemon Go.” But will devoted players of that game come over to the new one, or will they be able to juggle two games that require much of your attention when you’re walking around?

“There are a vast number of people that are in our target market for the game that aren’t ‘Pokemon Go’ players. If some switch over, that’ll be fine. But I think there will be a lot of new players coming in, and we think the new players will stay with ‘Go’ even as they experiment with ‘Harry Potter,’ Hanke said. “I don’t really think about it as a way to try and lure ‘Pokemon Go’ players into Harry Potter. If you love Harry Potter, if you read the books or watched the film, we built ‘Harry Potter’ for you.”

How does ”Fantastic Beasts and Where to Find Them“ stack up to the rest of the Harry Potter onscreen saga?