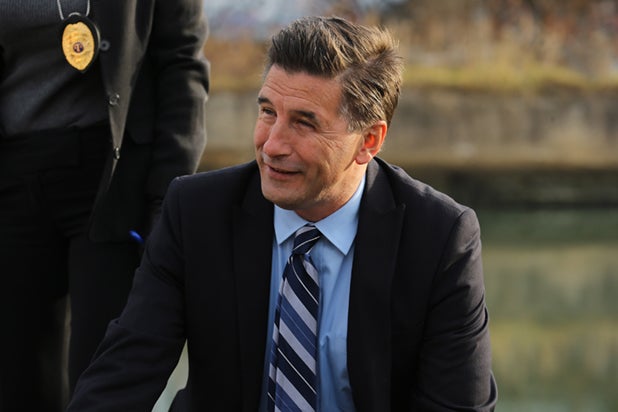 Blumhouse Television has added William Baldwin to the cast of its upcoming series adaptation of the horror franchise “The Purge.”

Baldwin will recur on the series as Don Ryker, the managing partner at Jane’s (Amanda Warren) investment firm, and her boss. The character is described as “handsome, confident and powerful.” He appears to be a big Jane supporter but in fact, may be standing in the way of her career advancement.

Warren’s character is a “hardworking finance professional” who hires an assassin on the night of the Purge after becoming convinced that she’s hit an insurmountable glass ceiling, but according to the network, Don harbors his own Purge-night secret.

Lili Simmons, Colin Woodell, Hannah Anderson, Lee Tergesen, Gabriel Chavarria and Jessica Garza are also set to star in the series, which hails from Blumhouse’s recently launched TV studio and Universal Cable Productions. It will air on both USA Network and Syfy.

The creator of the film franchise, James DeMonaco, will executive produce the series alongside Michael Bay with Brad Fuller and Andrew Form of Platinum Dunes, and Sebastien K. Lemercier. Thomas Kelly is executive producer and showrunner.

Baldwin is repped by Stride Management and Innovative Artists.