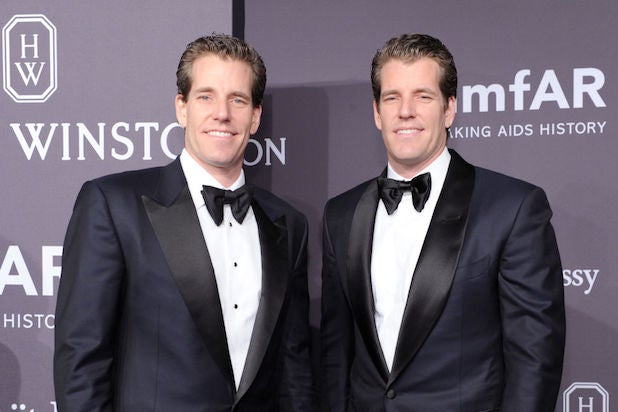 What would you do if Facebook CEO Mark Zuckerberg cashed you out for a cool $65 million? Pay off your crushing student loan debt? Throw some money on blue chip stocks and let it grow? Maybe buy your own island?

The Winklevoss Twins — made famous by Armie Hammer’s portrayal in the 2010 film “The Social Network” — decided to go a different route: They loaded up on bitcoin. And their bet is paying off in a big way.

With the value of bitcoin, the grandaddy cryptocurrency, jumping from about $1,000 at the beginning of the year to more than $16,000 per coin on Wednesday, the “Winklevii” have seen their coffers swell to more than $1 billion. They don’t plan on jumping ship anytime soon, either, according to a new profile in the New York Times.

Also Read: The Weinstein Company on the Block: Bids Due Today

“We still think it is probably one of the best investments in the world and will be for the decades to come,” Tyler Winklevoss told the paper. “And if it’s not, we’d rather live with disappointment than regret.”

The twins can afford to take the risk: After suing Zuckerberg, claiming he stole the idea for Facebook from them while students at Harvard, the Winklevii settled in 2011 for $20 million in cash and $45 million worth of stock at a $15 billion valuation. (Facebook’s market cap has since ballooned to more than $515 billion.)

The 36-year-old twin bros started investing in bitcoin in late 2012, when a single coin cost about $10, according to the Times. Altogether, they stacked up about 120,000 bitcoins, and despite several price crashes in the meantime — including the infamous $460 million hack of Mt. Gox in 2014, the world’s largest bitcoin exchange at the time — the Winklevosses have sold “almost none” of their investment.

Also Read: Rosie O'Donnell Dragged for Offering $4 Million to 2 GOP Senators If They Voted Against Tax Bill (They Didn't)

“We are very comfortable in very high-risk environments with absolutely no guarantee of success,” Tyler Winklevoss told the Times. “I don’t mean existing in that environment for days, weeks or months. I mean year after year.”

The power twins have since launched Gemini, an online exchange to buy and sell bitcoin and other digital currencies. (And yes, Gemini translates to “twins” in Latin.)