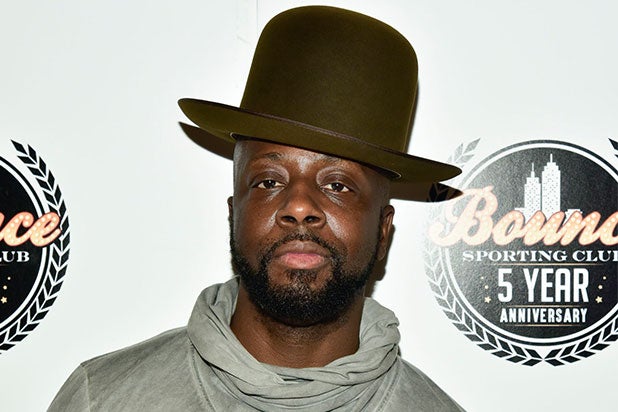 The Los Angeles County Sheriff’s Department has apologized for the detention of Wyclef Jean, hours after the rapper said he was handcuffed for doing “absolutely nothing” in a case of “mistaken identity.”

“It is unfortunate that Mr. Jean was detained for six minutes during this investigation, as he had no involvement whatsoever in this violent crime,” the department posted on Facebook. “However, Los Angeles County Deputy Sheriffs are frequently required to make lawful detentions, under the strict parameters provided by law, in the interest of catching often dangerous and armed suspects in our communities and keeping the public safe. The Los Angeles County Sheriff’s Department is apologetic for any inconvenience this process caused Mr. Jean. We are grateful we were able to apprehend the robbery suspects and that no one was seriously injured.”

Early Tuesday, the Fugees member posted a video showing him handcuffed after the LAPD had received a report of an armed robbery.

See Video: Wyclef Jean Says He Was Handcuffed by the LAPD for 'Absolutely Nothing'

“LAPD another case of mistaken identity. Black man with red bandana robbed a gas station as I was in the studio working but im in handcuffs?” Jean tweeted Tuesday morning, accompanied by video in which he explained he was coming from the studio with fellow artist T-Baby.

“LAPD have me in cuffs for absolutely nothing,” wrote the rapper.

According to the Sheriff’s Department, they received a call early Tuesday about a violent robbery involving a person with a gun. They “detained recording artist Wyclef Jean in a vehicle fitting two victims’ description of the suspect’s car.”

The statement claims that Jean was traveling in a car similar to the description. When deputies “approached the vehicle, driver and front passenger, almost simultaneously began to exit the vehicle,” per the statement. “It was at this time that the deputies attempted to detain who they believed to be the suspect of the violent crime, Mr. Jean.”

It continued, “Due to the violent nature of the call (armed robbery), the similarity of the suspect vehicle to Mr. Jean’s vehicle, the time of day of the unfolding detention and Mr. Jean’s furtive movements and demeanor, he was handcuffed. It is reported that Mr. Jean’s furtive movements included actions such as once he exited the vehicle, he started to walk towards the trunk of the car, questioning why he could not get his things out of his trunk, even though he was clearly instructed by deputies not to approach the trunk. Mr. Jean was also ordered several times not to place his hands near his pockets or his waistband.”

However, within six minutes, deputies could confirm Jean and the female driver were not the suspects of the armed robbery. A short time later, authorities located another vehicle matching the description and they detained two passengers. A 26-year-old male and a 30-year-old female were arrested and booked. Torrion Falconer was arrested for charges including robbery, former convicted felon in possession of a firearm, possession of a stolen firearm and having a loaded firearm concealed in a vehicle.

Dejuan Hooper was arrested and booked at West Hollywood Station for robbery and possession of a controlled substance. They are both being held on $100,000 bail.