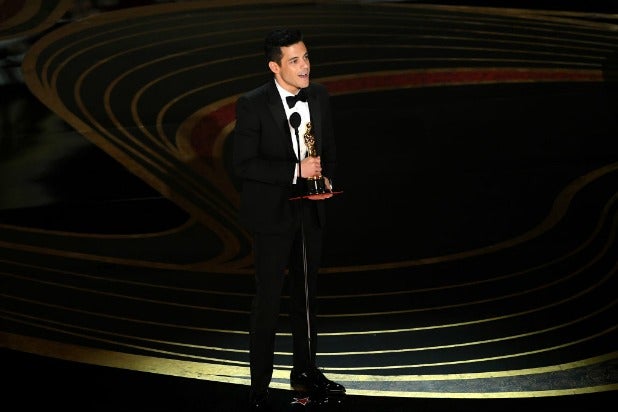 It seems pretty strange to think that a movie could be nominated for five Academy Awards and win 4 of them — including Best Actor for Ramie Malek — without the film’s credited director getting even the most cursory acknowledgement by anyone at any point during the Oscars ceremony. And yet that’s exactly what happened with Bryan Singer and “Bohemian Rhapsody” Sunday night.

It wasn’t that big of a surprise that Singer didn’t get a shout-out during the ceremony. He was fired from the production in 2017 under disputed circumstances, and since then has faced multiple sexual assault accusations. The Academy made the process a little easier for itself by not nominating Singer for Best Director, and since Singer was not a producer on the film he was not included as one of the individuals nominated for Best Picture.

While a Best Actor winner not thanking his director might seem like the most theoretically surprising aspect of this, it’s really more notable that film editor John Ottman didn’t mention Singer. “Bohemian Rhapsody” is the ninth Bryan Singer film that Ottman has edited, and Ottman also served as composer on those same nine movies. Ottman’s work as a film editor has been almost entirely alongside Bryan Singer. So Ottman not even slipping in his name during his acceptance speech for his first Oscar is, in a vacuum, pretty odd.

But we should stress again that everyone pretty much expected the Oscars to come and go with everyone involved with “Bohemian Rhapsody” trying to pretend Singer wasn’t the film’s director. But it’s also worth noting that no jokes were made at Singer’s expense by any of the presenters of this host-less Oscars ceremony — he was not mentioned in any context at any point during the evening.

As far as this year’s Academy Awards ceremony was concerned, he may as well have not even existed, much less have been the credited director on a film that earned five nominations and won four statues.