With YouTube on the verge of celebrating its bar mitzvah, the 12-year-old video site has unveiled a sleek desktop redesign and a bevy of new features for its mobile app.

The next time you head over to YouTube, you’ll notice the home page sports a cleaner, more open design. But beyond its subtle update to the landing page, the main takeaway for desktop viewing is YouTube’s “Dark Theme” feature, which “turns the background dark while you watch for a more cinematic look.” The update has been in beta for the last few months and is now available on all desktop visits. 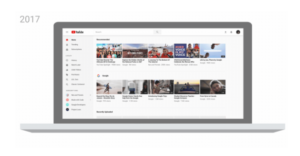 Dark Theme didn’t make it to the app update, but plenty of other changes did. Users can double tap on the left or the right of their screen to jump back or forward 10 seconds. And in the coming months, users will be able to swipe directly to their next video, Tinder-style. A popular feature — being able to slowdown or speedup video playback — also makes its way over from desktop to mobile.

But the biggest change to mobile will be how videos are viewed. YouTube will “soon” adjust videos to fit a users screen for vertical, horizontal or square viewing — aka no more annoying black bars when you’re watching vertically.

And if you’re wondering what the new YouTube logo looks like, brace yourself for massive change. Check out the before and after below: 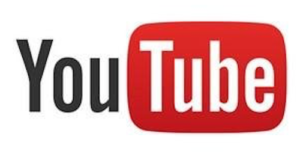 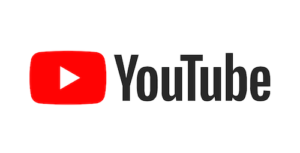 Silicon Valley — what will they think of next?